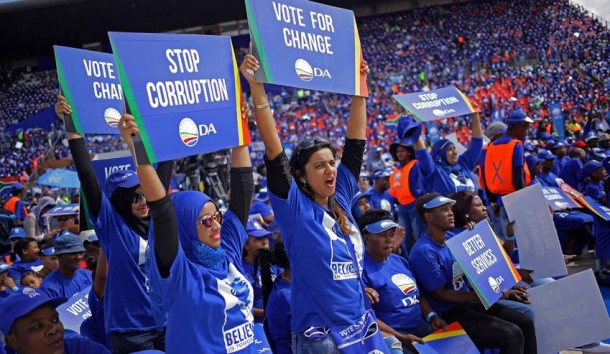 DA vows to continue fight to have ‘toxic’ Motsoeneng removed

The Democratic Alliance is planning to file a supplementary affidavit in its case to have controversial executive Hlaudi Motsoeneng whom it refers to as “toxic” removed from the SABC.

It said this follows more evidence that emerged in the media on Sunday detailing Motsoeneng’s “obvious unfitness” to hold any senior position at the SABC.

“As the DA’s case against Motsoeneng is set to be heard on Wednesday and Thursday‚ 23 and 24 November 2016‚ the DA will now file a supplementary affidavit‚ containing the information revealed in the media today‚ which will add to the already extensive list of reasons as to why Mr Motsoeneng is wholly unfit to hold any position at the national broadcaster and why he should be removed immediately‚” said chairperson of the DA’s federal executive James Selfe.

He said reports on Sunday showed:

– Motsoeneng did not adhere to the SABC policy on Request for Proposals (RFP)‚ approved in 2014‚ and thereby defied the SABC’s own commissioning policy;

– By ignoring those RFP procedures and then failing to approve a new Commissioning Protocol Policy‚ as industry watchdog The Independent Communications Authority of SA (Icasa) requires‚ Motsoeneng contravened Icasa regulations;

– Motsoeneng commissioned R600 million worth of local TV shows for which he brought in celebrity actors as producers‚ through a back door.

In October‚ the DA filed its founding affidavit in the Western Cape High Court to have the appointment of Motsoeneng as Group Executive of Corporate Affairs declared invalid.

“In essence the DA is asking the court to confirm that Mr Motsoeneng is unfit to hold any position at the SABC‚” said Selfe.

While it was not ideal to approach the courts‚ the DA firmly believed that the SABC Board‚ now comprising of one member‚ and the Minister of Communications‚ Faith Muthambi‚ had failed in their duty to maintain the integrity of the national broadcaster‚ Selfe said.

“Therefore the DA was left with little choice but to request that the courts intervene‚ in the interest of the public‚ to prevent Mr Motsoeneng from continuing his one-man wrecking ball routine.

“The DA is committed to restoring the integrity and independence of the SABC. The first vital step towards this objective is the removal of Mr Motsoeneng.”