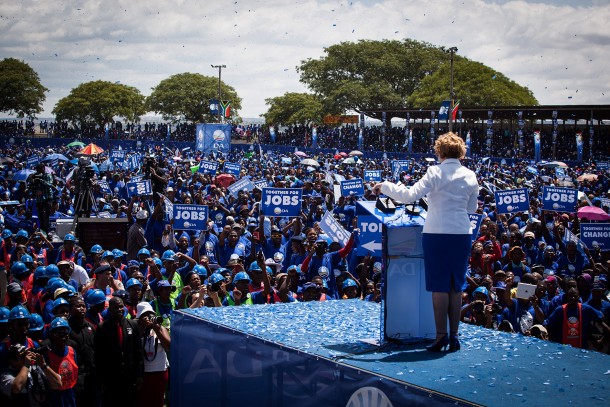 DA to start clean up of metros

The DA vowed to conduct a clean up in the cities it has won from the ANC in an attempt to root out beneficiaries of cadre deployment, nepotism and those who are incompetent.

The ANC suffered its biggest setback in the recent municipal elections since 1994, failing to reclaim control of some of the hotly contested metros.

With the assistance of the EFF, the ANC has already been removed by a DA-led coalition in Tshwane and in the Eastern Cape’s Nelson Mandela Bay.

Today, all eyes will be on the City of Johannesburg where the party is also set to lose the metro to the DA, and see businessman Herman Mashaba installed as mayor.

Both Tshwane and Johannesburg have never been under any party other than the ANC since 2000 when the municipalities were formed.

The ANC’s removal from these key metros is set to see the removal of all mayoral committees from their lucrative posts as well as their support staff.

“The plan is to make sure we employ the right people in the right places, but mayors will have to decide on how they do that.”

The DA takeover also places the job security of civil servants in municipal-owned entities at risk as the DA vowed to scrutinise all tenders and the qualifications of employees.

The City of Johannesburg owns about 15 companies and the DA has set its eyes on them to scrutinise how they dispensed tenders and employed their staff.

A DA councillor in Johannesburg said the first target for the party should be the municipal-owned entities which have faced allegations of incapacity, inability to spend allocated budgets and awarding of dodgy tenders.

“We need to ensure that companies like Johannesburg Water and Johannesburg Roads Agency are prioritised [so] they deliver on their mandate.

“If we can have people who are suitably qualified in all posts, we will begin to see the municipality being more effective.”

In the City of Johannesburg, mayor Parks Tau has a mayoral committee of 10 councillors who are all set to lose their jobs, including their support staff, as was the case in Tshwane.

The new DA mayors in two metropolitan municipalities where the ANC has been dislodged by its biggest rival.

The new Tshwane mayor Solly Tshepiso Msimanga, 36, is a former DA member of the Gauteng provincial legislature and a shadow sports MEC.

A product of the DA’s Young Leaders Academy, Msimanga has held a number of other posts within the party.

Before becoming an MPL, he was a councillor in the Tshwane Metro and the DA’s regional chairman. Other posts include being the DA’s national LEAD director and Gauteng provincial director.

Hailing from Atteridgeville in Tshwane, his fierce campaigning in the capital city ahead of the local elections is credited for the official opposition’s win in the city.

Msimanga holds a national diploma in marketing management as well as a BCompt degree from the University of Pretoria.

Athol Trollip, 52, the new mayor of Nelson Mandela Bay was born in Bedford in the Eastern Cape. Trollip is the DA’s longest-serving provincial leader, having been first elected Eastern Cape boss in 2000.

Trollip’s grandfather was a member of parliament for the United Party during the apartheid era.

His father was a candidate for the provincial council for the Progressive Federal Party, which was the forerunner of the Democratic Party, which merged with the New National Party to form the DA.

Trollip was first elected into the DP in 1995 as an executive member of the Amathole District Municipality before he was elected to the Eastern Cape legislature in 1999 and served two terms there until 2009.