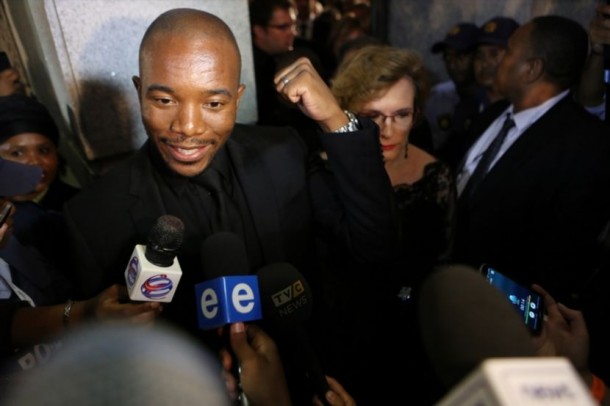 The Democratic Alliance has written to speaker of parliament Baleka Mbete to request the establishment of an ad hoc committee to probe allegations of state capture in the wake of the release of the Gupta emails this weekend.

DA leader Mmusi Maimane said during a press conference on Monday that parliament needed to play its role in holding the executive to account and as such the party was calling for an ad hoc committee to investigate all the claims around state capture.

He said the committee needed to use its power to subpoena to call President Jacob Zuma‚ the Gupta family and others with knowledge of state capture‚ like Pravin Gordhan and Mcebisi Jonas‚ to testify.

Maimane said Zuma and the Guptas were acting like the “mafia” and creating a “shadow state“.

The ANC NEC’s inability to recall Zuma over the weekend proved that state capture was “in fact an ANC project” because they chose “to protect a criminal syndicate“.

The request for an ad hoc committee will have to be debated in parliament.

Maimane said the ad hoc committee would not detract from the party’s cases currently before court — one to compel Zuma to give his reasons for his cabinet reshuffle and the firing of Gordhan as finance minister‚ and the other to review Zuma’s decision not to appoint a judicial inquiry into state capture‚ as recommended by the public protector’s State of Capture report.

Maimane said the party would also be laying criminal charges against Zuma and certain cabinet ministers within the next 24 hours.

He said they were still taking direction from lawyers about what these charges would be‚ but leader of the party’s federal executive James Selfe said they could include corruption and racketeering and potentially even treason.

“When you undermine the sovereignty of a sovereign state that could be treated as treason‚” he said.