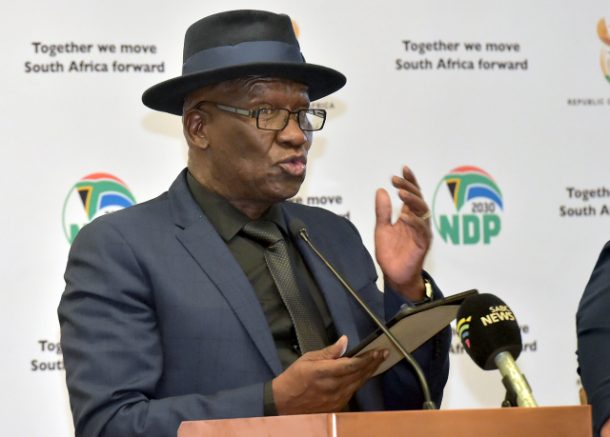 Highest number of murders recorded in a decade
The latest crime statistics released by police minister Bheki Cele on Friday paint a grim picture of the safety and security landscape in SA.

The statistics‚ which cover the period of review between April 1 2019 and March 31 2020‚ reveal that the number of murders has continued its climb under his stewardship.

Here are six key takeaways on the state of crime in SA:

Murder
Across the country‚ the number of murders rose with 22‚325 people killed during the period under review. That represents an increase of 1.4%‚ or 303 cases.

This is the highest number of murders recorded in a decade‚ with an average of just over 61 people killed every day.

The police also examined factors that led to the bloodshed‚ revealing that 3‚447 murders occurred during the heat of an argument‚ and 1‚482 murders were as a result of domestic violence.

According to the statistics‚ murders in SA are most prevalent in public places‚ with 9‚714 cases.

This is followed by murders at homes or residences‚ with 5‚522 cases reported to the police.

KwaZulu-Natal stood out with a significant 10.6% in the number of murder cases recorded‚ rising by 646 to arrive at a total of 4‚859.

This was followed by Mpumalanga which recorded a 5% increase‚ adding another 50 cases to the year before with a total of 1‚046.

Gauteng recorded a 1.3% increase in the number of killings‚ with a total of 4‚555 within a year.

Rape
The ever-present scourge of rape also climbed during the last year by 1.7%. While the increase appears nominal‚ this equates to a total of 42‚289 reported cases.

Incidents of sexual assault rose by 4.7%‚ increasing by 312 cases compared to the year before and bringing the total to 7‚749.

Crimes against children
The police statistics show the number of children murdered during the year dipped by 7%‚ with 943 murders under investigation.

This translates to the grim reality that‚ on average‚ more than two children are murdered every day.

The number of cases of sexual offences dropped by nearly 10%‚ down to 22‚070 during the period of analysis.

According to police‚ they were called to investigate 17‚118 cases in which children were raped. This represents a 7.9% drop in the number of incidents‚ or 1‚468 cases.

A total of 3‚727 sexual assault cases were recorded. Another promising sign of reduction is that this category of crime was reduced by 724 cases‚ or 16.3% compared to the year before.

Booze and drugs
Of the country’s high number of killings‚ 1‚430 murders could be linked to booze or drugs.

The same was found with 1‚294 cases of attempted murder and 19‚843 cases of assault with intent to cause grievous bodily harm.

In shebeens‚ taverns and nightclubs‚ where alcohol is not in short supply‚ 348 rapes were recorded‚ 844 murders‚ 838 cases of attempted murder and 11‚128 cases of assault with intent to cause grievous bodily harm.

Farm murders
Attacks on farms and smallholdings were also in the spotlight. The police recorded 49 murders during the period‚ with the Eastern Cape and Free State standing out as the most dangerous provinces with 12 cases each.

Nine murders on farms or smallholdings were reported in Limpopo‚ and five in Gauteng.

Carjacking
This category of crime synonymous with SA society saw an increase of 13.3%‚ bringing the total number of reported cases to 18‚162. This represents a rise of 2‚136 incidents.