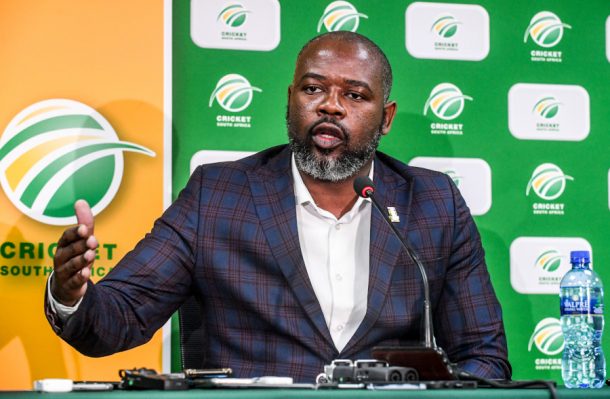 Embattled Cricket South Africa (CSA) have been rocked by fresh allegations that the organisation allegedly “concocted” a report that led to the suspension of CEO Thabang Moroe in December last year‚ TimesLIVE has established.

In suspending the CEO in a statement on December 6‚ the CSA board said the decision to place Moroe on precautionary suspension “follows from the reports received by the social and ethics committee and the audit and risk committee of the board related to possible failure of controls in the organisation.”

But a source with the knowledge of the CSA’s handling of the suspension of the CEO has told TimesLIVE that only board meetings and not committee meetings were held during that chaotic week in December.

The high-placed source said social and ethics committee chairman Professor Steve Cornelius unilaterally wrote a report and submitted it to the CSA board for ratification.

In the report dated Tuesday December 2‚ which TimesLIVE has seen‚ Cornelius recommended the suspension of Moroe and the institution of an audit and forensic investigation into management practices at CSA.

Moroe was suspended four days later on December 6 on allegations of misconduct. He was replaced with Dr Jacques Faul a day later.

Nowhere in the report does Cornelius level any allegations of misconduct against the CEO.

TimesLIVE has established that the audit and risk committee did not meet and that CSA used Cornelius’s report as a basis for Moroe’s suspension.

“There was no social and ethics committee meeting whatsoever. If you ask CSA to give you a committee meeting notice‚ the minutes of the meeting‚ the attendance and even the recording‚ because every board and committee meeting must be recorded‚ I don’t think they will be able to furnish you with that because it did not happen‚” said the insider.

“Basically that report (that recommended the suspension of the CEO) was concocted.”

CSA were sent a list of specific questions for a right of reply but they had not responded at the time of publishing the story. Their responses will be added to the story as soon as they are available.

The questions‚ among others‚ asked CSA to confirm the social and ethics committee meeting of December 2 with‚ but not limited to‚ a meeting notice‚ meeting minutes and possibly a recording.

The questions were specifically addressed to the CSA board‚ the chairman of the social and ethics committee Professor Cornelius‚ audit and risk committee chairperson Marius Schoeman as well as company secretary Welsh Gwaza.

Company secretary Gwaza is an invitee to the social and ethics committee meetings together with Craig Nel and Alisha James.

TimesLIVE directed questions to all of the above-mentioned individuals but no reply was forthcoming from CSA.

Cornelius said in the report that the position of the CEO had become hard to defend.

“Whether it is due to his (Moroe) fault or factors beyond his control‚ it is now obvious that the position of the CEO has become untenable.

“The constant call from the media and others‚ including members of the board‚ for him (Moroe) to step down is not in the best interest of Cricket South Africa‚ nor is it fair to the CEO to be crucified in the media‚” wrote Cornelius.

Cornelius proposed that the CEO be suspended pending a disciplinary hearing.

∙ An independent forensic audit into management practices at Cricket South Africa executive level is to be undertaken‚ with a clear instruction to the forensic investigator that: