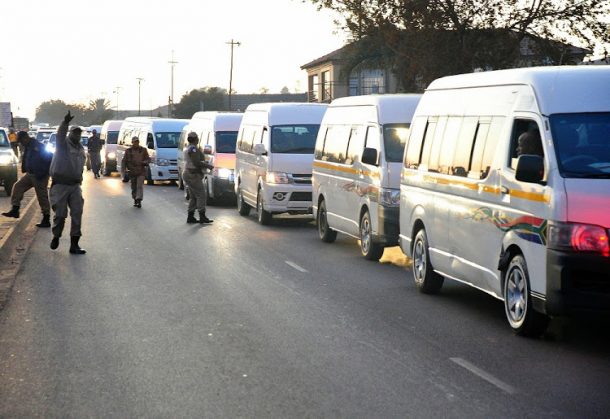 Travellers are sleeping in their parked vehicles while waiting to cross the Beitbridge border post in Limpopo‚ where queues of trucks‚ taxis and cars stretch for kilometres.

The border post‚ considered to be a gateway to Africa‚ is traditionally busy over the festive season. Even though there is less traffic this festive season‚ curfews and Covid-19 health checks have added to the congestion.

“Nothing is moving. Everything is at a standstill‚” a commuter told SABC news.

“We sleep here in the bush with no security. Thieves can rob us here‚” another motorist told the broadcaster.

“We are from Johannesburg going to Malawi. Nothing is moving. The roads are narrow and this is one of the busiest routes in Africa.”
https://twitter.com/FaizelPatel143/status/1341271987776327680
The Chronicle reported the congestion was being compounded by travellers having to be cleared under strict Covid-19 health protocols and border closures due to night-time curfews.

“There is a need for Zimbabwe and SA to seriously consider the issue of curfews‚” said one border official.

“As it stands‚ the South Africans are not clearing any traffic besides commercial cargo after 10pm. This has created problems for border officials‚ considering they are overwhelmed by traffic during this period even when operating 24 hours a day.”

Truck drivers told the SABC they were unable to buy food at the roadside and were at the mercy of criminals.

Newzroom Afrika's @HitekaniMag gives us an update on the N1 heavy traffic leading to the Beitbridge border post just outside Musina in Limpopo, as holidaymakers make it to their holiday destinations.

Limpopo transport department spokesperson Matome Moremi-Taueatsoala told the SABC plans were being put in place to ease the congestion.

Alice Magwinye‚ travelling from Johannesburg to Masvingo in Zimbabwe‚ told The Chronicle: “This is my second day at the border. I arrived at the SA border on Saturday morning but failed to cross because they wanted me to redo Covid-19 tests.

“I did that in the morning and when I went back to the border‚ the officials told me they were not handling travellers after 10pm‚ in line with the curfew requirements. We slept at the taxi rank on the border with others who encountered the same predicament and only crossed into Zimbabwe around 10am”.
https://twitter.com/SAfmnews/status/1341048368211128322
The Herald reported that while there appeared to be many people at the border‚ official statistics showed less than one-third of the usual peak traffic was using the border.