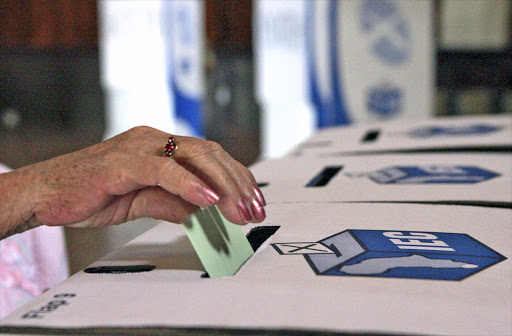 Covid-19 and 2021 local government elections: No mail-in ballots but expert says remote voting is the future

Unlike the US in their recent presidential elections‚ SA does not have the capacity to hold elections by way of postal ballots as a measure to mitigate the spread of Covid-19‚ but political analyst Ralph Mathekga says it is high time SA geared up for remote voting.

The global community recently watched as the US found itself in uncharted territory amid the global coronavirus pandemic‚ where most citizens cast their votes by post to prevent the spread of the virus.

Mathekga says this is not only crucial during a global pandemic‚ but also to boost voter turnout and ensure transparency.

“A lot of countries have held elections through the pandemic. One way or another‚ remote voting is going to be the future‚ whether or not we have the pandemic. If we can strengthen the biometrics and electoral systems‚ we can always know who is who.

“We have to equip our systems to cope with the unknown future and whether we have a vaccine should not determine how far we go when it comes to advancing our system to cope with the future because it’s not just the risk of a pandemic‚ but that of fraud as well‚” said Mathekga.

With Covid-19‚ the future is uncertain. How will I cast my vote in next year’s election if there is still a pandemic?

Early in November‚ SA held its biggest by-election after it was postponed in March due to the pandemic. Among safety measures imposed by the IEC was the management of voting queues‚ hand sanitisation and mask-wearing for voters. The commission’s employees were also provided with personal protective equipment (PPE).

The commission’s deputy chief electoral officer‚ Mawethu Mosery‚ told TimesLIVE that the same protocols would be in place come August 2021.

“The regulations around gatherings will govern the campaigning by political parties and candidates‚ and the measures around social distancing and the measures on wearing your mask‚ sanitising‚ we will implement those at voting stations‚” said Mosery.

Wits University professor of vaccinology Shabir Madhi said these measures‚ if applied correctly‚ should be more than enough.

“The best places to have the voting booth is in places that are well ventilated. They need to do as much as possible to ensure that there is enough ventilation in halls because the main driver of infection is airborne transmission.

If Covid-19 worsens‚ will the election be postponed?

Health minister Zweli Mkhize recently expressed concern about cluster outbreaks and increase of infection rates in some parts of the country. Speaking at a media briefing last week‚ he said the spike‚ though concerning‚ does not signal a second wave.

Mosery said should infections spike in August‚ the elections will be postponed to November. The local government elections will‚ by law‚ have to take place within the 90-day window period between early August and early November.

Madhi says the infection rate will inform what happens with the elections.

“The big challenge that we’re facing is that we don’t know what’s going to happen with the resurgence and when it’s going to take place. If there’s a massive resurgence by April or May‚ which I don’t expect to be the case‚ then the government might need to reconsider.”