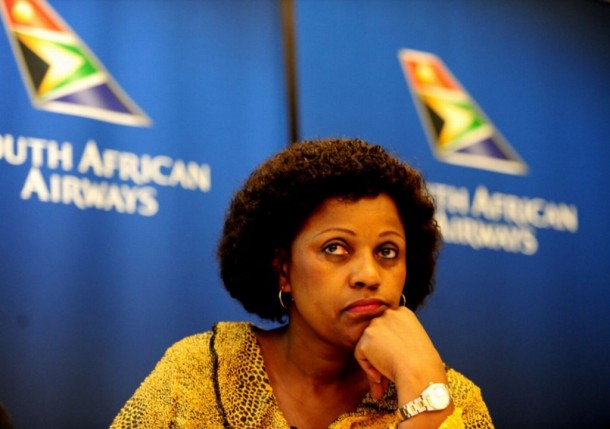 The Congress of the People (Cope) on Friday said it “is in full support” of the call by the ANC Women’s League (ANCWL) for a probe “into the lack of transformation and chronic corruption at the SAA”.

Dennis Bloem said the opposition party is “very excited that the call for investigation comes from a strong ally of the SAA chairperson Dudu Myeni”‚ and added that she should be “suspended or placed on special leave” for the duration of the probe.

“We believe such an investigation is long overdue‚” he said.

“The ANCWL always came out in her defence but this time it has made an important call to help root out corruption within the SAA.

“Cope… believes that to conduct proper investigations‚ Myeni must be suspended or placed on special leave throughout the duration of the investigations and we hope that the ANCWL will also support such demands.”

On Thursday‚ BusinessLIVE reported that the league called for an investigation into alleged internal and external forces at SAA that are allegedly seeking to derail transformation at the airline.

The league had noted an alarming number of reports that suggested forces were fighting transformation in terms of employment equity and procurement‚ with an aim of ensuring only white men occupy senior positions and white suppliers remain the major beneficiaries of tenders‚ ANCWL secretary-general Meokgo Matuba said in a statement.

The league will push either for a judicial commission of inquiry or a parliamentary inquiry into the airline‚ and will meanwhile push for the airline to do business only with suppliers that are more than 50% black- and female-owned.