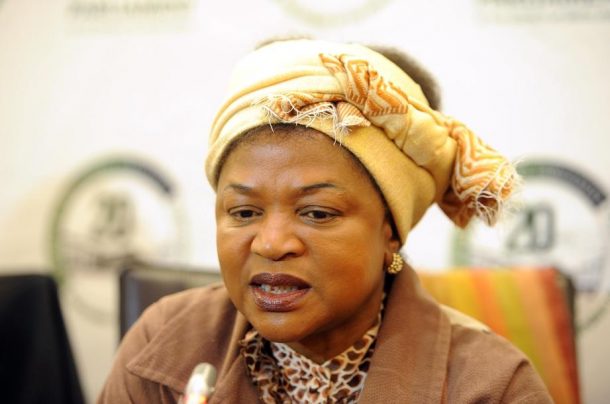 Many South Africans have labelled Mbete’s responses as embarrassing‚ while others said the ANC bigwig did a spectacular job of exposing the ignorance of the ruling party’s leadership. The interview reflected on the overall state of SA.

Here are five of her responses:

Host Mehdi Hasan quizzed Mbete on inequality in SA‚ making reference to a report by the World Bank‚ which dubbed the country the most unequal in the world. Mbete dismissed the report as harsh and an exaggeration. “I really think that we must see both good and bad. It might be said by the World Bank. They are not God‚ they are human beings. I don’t believe so.”

Asked why she did not speak out about corruption and state capture‚ Mbete said she had not been aware of the extent of corruption. “Things were not happening in full view of everybody. There are many issues I’m learning for the first time in the past few months‚ in terms of how bad things were.”

Hasan asked Mbete how the ANC had accepted the explanation that a swimming pool at former president Jacob Zuma’s Nkandla homestead was a “fire-prevention” measure. Mbete said it was difficult to establish by how much Zuma had unduly benefited‚ as part of the property belonged to government.

“Part of the challenge we have is that part of that is actually government property‚ which was for ensuring that there are health facilities nearby for the president to be able to be looked after.”

Mbete said government was “very worried” about the xenophobic attacks and‚ to rectify the situation‚ President Cyril Ramaphosa had apologised to Zimbabweans during former Zimbabwean president Robert Mugabe’s funeral. Asked about Gauteng premier David Makhura’s statement‚ in which he said most drug dens in the city were owned by Nigerians‚ Mbete said this was true.

“In certain cases‚ people have been found to be guilty of running drug dens. It is true. When it’s true‚ it’s true.”

Don’t blame the ANC for crime

One audience member accused the ruling party of not doing enough to curb crime‚ an accusation to which she did not take kindly.

“We can’t blame the problems of South African society on the ANC. Criminality has been in SA for more than three centuries‚ especially after the colonialists came and brought crime from Europe to Africa‚ so you can’t say the ANC brought criminality.”