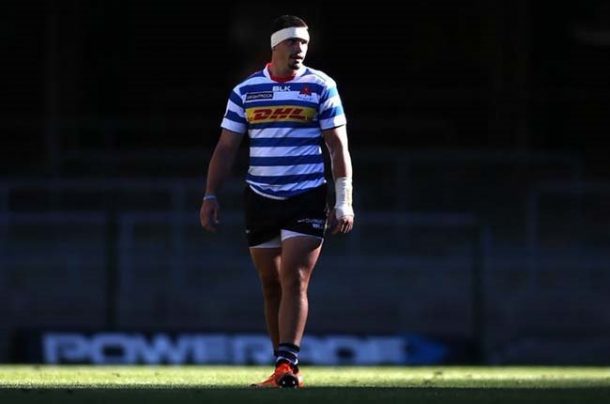 Coetzee has been granted an early release from his contract and will join Bath after concluding a deal with the English Premiership team.

Coetzee‚ who has become a valuable member of the Western Province and Stormers backrow‚ was widely regarded as a looseforward with a bright future at the franchise.

But after playing 22 times for the Stormers and earning 36 caps for Western Province in his four years as a senior player‚ he has opted to follow the same path as Francois Louw‚ who progressed his career at Bath.

Coetzee‚ a former SA Schools captain‚ left KwaZulu Natal and moved to Cape Town straight after school and attended the Western Province Rugby Institute in 2015. He earned representative colours at U19 and U21 level‚ before going on to make his Stormers debut in early 2017 at the age of 20.

Coetzee‚ who brings an uncompromising physicality to the backrow‚ has sporadically seen his career stall because of niggling injuries. Ankle and knee injuries have held him back and on at least two occasions he was sidelined with concussion last season.

WP head coach John Dobson said that the decision to release Coetzee from his contract was taken with the best interests of the player. “We did not want to stand in Jaco’s way and we wish him all the best in England with Bath.

“Jaco is an immensely talented player and I am sure he will make a significant impact for his new team‚” said Dobson.

Coetzee said that he has grown significantly as a player in Cape Town and is now looking forward to a new challenge in England. “I would like to thank everyone at Western Province Rugby who made a contribution to helping me develop as a player over the last six years.

“I am looking forward to applying everything I have learned here when I join my new team and wish the players and coaches everything of the best for the future‚” he said.

Western Province still have significant backrow stock‚ but that could change should big name players like Siya Kolisi and Pieter-Steph du Toit opt not to renew their contracts.

Kolisi has struggled with injury and has had a stop-start last 12 months‚ while Du Toit missed almost the entire season due to a serious leg injury.