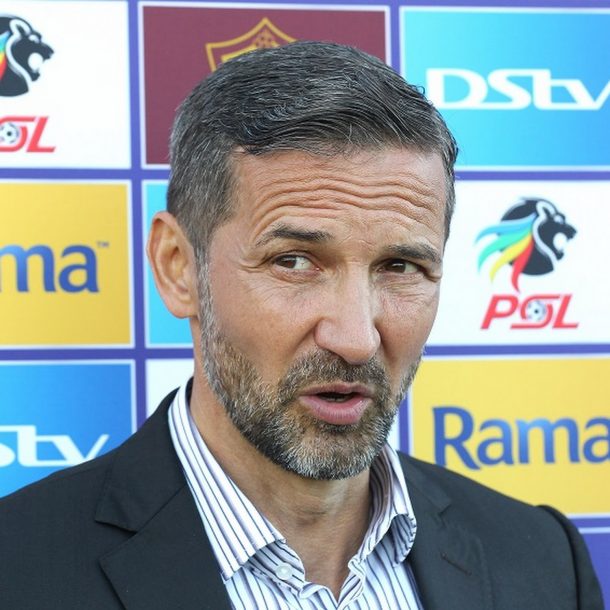 Orlando Pirates coach Josef Zinnbauer has admitted his team’s performance in their 0-0 DStv Premiership draw against Stellenbosch FC at Danie Craven Stadium on Tuesday was not good enough.

Bucs’ mixed bag of results in the league continued as they followed up a 3-0 home win against Black Leopards with a an almost alarmingly flat performance in the Winelands‚ where Bucs were fortunate not to lose by two or three goals.

Zinnbauer was disappointed that‚ having shown faith in the combination that swept aside Leopards with two enforced changes‚ Pirates came out so much poorer.

“It was not good for me. It’s always not enough. Before the game we wanted three points‚ that was clear. The performance was not enough for winning this game‚” Bucs’ coach said afterwards.

“In the first half we had maybe 10 minutes where we were on top‚ but then we go back‚ we play the ball back‚ and this was not the plan. It was to go forward‚ and the high pressure‚ and quick passing to the opposite side.

“It changed at half time‚ this was better in the second half – but this was not enough for the three points.

“The players know this themselves – this was not enough today. We lost two points. We want to go a step higher‚ to the higher places on the table.”

Zinnbauer had made two changes from Pirates’ win against Leopards at Orlando Stadium on Thursday. Paseka Mako came in for Bongani Sam at left-back‚ while Gabadinho Mhango replaced Tshegofatso Mabasa up-front.

Mabasa‚ who scored a brace against Leopards‚ was in Bucs’ travelling squad but did not play after apparently picking up an injury in the final training session.

“First we have to see for the next game what is available for us. We have a lot of injured players and we hope they come back and we have more competition‚” Zinnbauer said‚ as Bucs prepare for their big match against Raja Casablanca in the first leg of their Caf Confederation Cup quarterfinal at Orlando Stadium on Sunday.

“But today we gave the guys from last week the self-confidence‚ we trusted the guys. And the other guys [not playing] then also get a rest.

“But it was a good performance [against Leopards] and I did not have a reason to change. I gave them the trust and‚ yeah‚ but‚ then you see it’s also not easy against Stellenbosch.

“It’s not only us. It’s the opponents who were good. But we now have four games and we have to fight to win all of those games.

“And especially on Sunday‚ we have a big game on Sunday‚ and maybe the players’ heads were also on Sunday. But that’s not the right way – we are suppsed to first play this game and then concentrate on the Sunday game.”

Pirates remained in fourth place in the PSL with four games left to play.