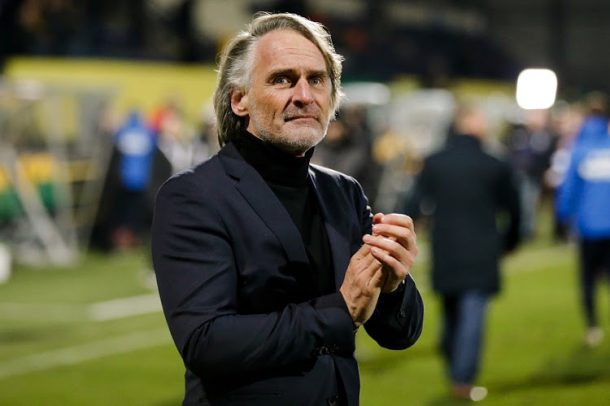 City coach Riekerink admit he was under immense pressure

Cape Town City coach Jan Olde Riekerink said there was immense pressure on him and his team going into Sunday’s match against Bloemfontein Celtic but the 2-0 win has offered them a chance to look ahead to a top eight place in the premiership standings.

City moved up to 10th spot as they won 2-0 at the Athlone Stadium in a game where they showed glimpses of the old free passing style.

“We came through a pressure game‚ we needed the points to take us away from the relegation zone‚” said the Dutch coach‚ who has taken a while to settle in with his players but now seems to have a much better relationship with them after starting off on a stiff note.

“They players had to do it.”

The game was the first in 22 days for City‚ who had been knocked out of the cup and then had last weekend’s scheduled league game against Mamelodi Sundowns postponed.

“We had time to change a few things in the three weeks and maybe take a bit more of a risk.

“We had trained well and had some good friendly games‚” he said of the time off.

“The players showed a very mature game and it was definitely a step up. You could also see the team spirit‚” the coach added.

Olde Riekerink said the club needed now to press ahead for a top eight finish. They don’t play again for a fortnight before meeting Chippa United away in East London.

“We can focus now on what is possible above us rather than what is below us‚” he said.