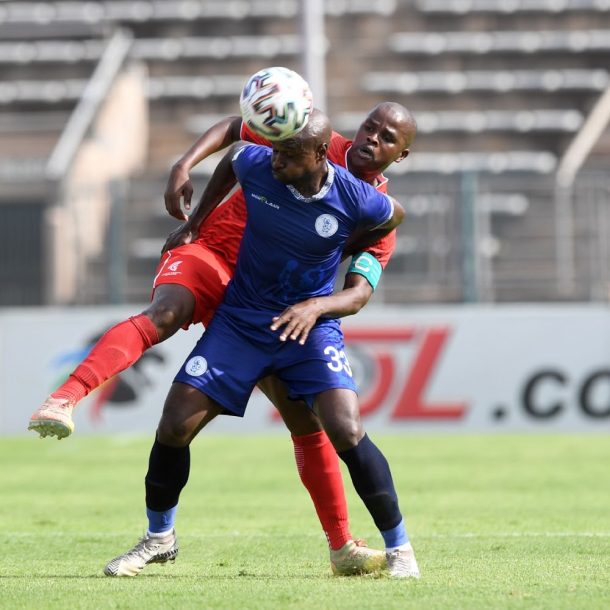 Chippa United’s quest for redemption will continue when the Eastern Cape side travels to the nation’s capital to face Pretoria Callies in the semifinals of the Nedbank Cup.

The Gqeberha side were pitted against Callies in the draw held in Limpopo on Sunday night and coach Dan Malesela will hope that his charges continue to sustain his stated hopes of remaining alive for as long as possible in the cup competition.

The 13th-placed Chippa are just four points away from basement side Black Leopards and Malesela admitted a few days ago that he hopes to use the Nedbank Cup to rediscover their form in the league. The Chilli Boyz are struggling in the league and are without a win in six matches.

The distraction of the cup competition has been welcomed in the Eastern Cape and their 2-1 win against Kaizer Chiefs’ conquerors Richards Bay in the quarterfinals at the Sisa Dukashe Stadium on Saturday will have delighted the coach to no end.

“Sometimes this football plays out in a funny way. You’ll find out that in the Nedbank you play so well and you win your matches within 90 minutes or penalties. But when you come to the league you still struggle to score goals‚” the Chippa coach said on the eve of the Richards Bay encounter.

Chippa’s next league match will be at home to high-flying Swallows FC. Malesela will hope that his experiment has paid off and his charges translate their cup form to the bread and better of the league.

Tshakhuma Tsha Madzivhandila booked their place in the semifinals after easing past Limpopo neighbours Black Leopards‚ courtesy of a 2-0 win in Thohoyandou on Sunday night.

TTM were full value for the victory and they got their noses in front after Ndabayithethwa Ndlondo put them in the lead in the 38th minute.

Ndlondlo took advantage of a poor clearance from the Leopards rearguard and after stealing the ball from Tsepo Matsimbi‚ he stealthily sneaked it past advancing goalkeeper King Ndlovu to put his side in the lead.

Whatever hopes Leopards must have had of forcing their way back into the match were doused after Alfred Ndengane beat Ndlovu from the penalty spot to put the issue beyond doubt in the 82nd minute.

Referee Siyabulela Qunta pointed to the penalty spot after Edwin Gyimah elected to hack Lerato Lamola inside the area rather than attempt to clear the ball.

TTm will face either Mamelodi Sundowns or Orlando Pirates in the semifinals as the two Gauteng sides are yet to play their quarterfinal encounter due to continental commitments.

The Premier Soccer League will confirm the dates and the venues of the two semifinals in the coming days.