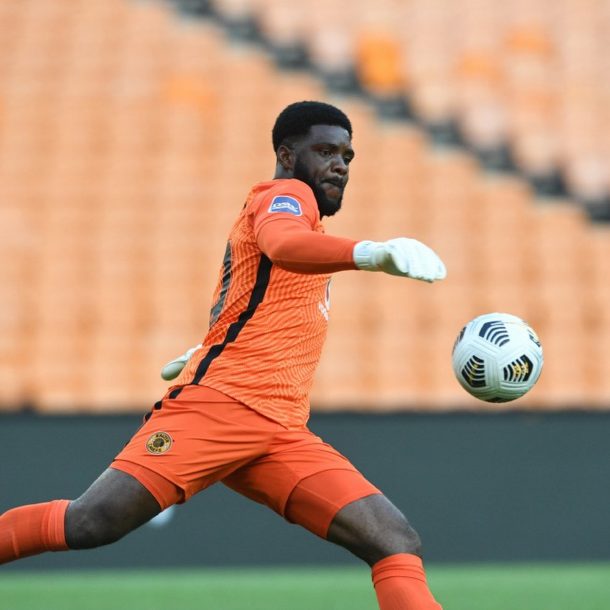 Daniel Akpeyi says Mamelodi Sundowns setting the bar winning the 2016 Caf Champions League and Kaizer Chiefs following up by reaching the 2020-21 final sends a message to Africa of the progress of South Africa’s DStv Premiership.

Chiefs‚ the shock package of the competition having previously never reached the group stages‚ meet Pitso Mosimane’s Al Ahly in the final at Stade Mohamed V in Casablanca‚ Morocco on Saturday‚ July 17.

Amakhosi’s goalkeepers were crucial in Chiefs getting there. Bruce Bvuma was man-of-the-match as Chiefs beat Wydad Athletic 1-0 away at Stade Mohamed V in the first leg of their semifinal. When Bvuma missed the second leg for having come into contact with someone with Covid-19‚ Akpeyi starred in the 0-0 draw at FNB Stadium.

The Nigeria No.1 said Sundowns’ triumph‚ followed by Chiefs’ unexpected progression to the final‚ will continue to alert the continent of the PSL as an emerging force as a top league in Africa. Orlando Pirates paved the way For Sundowns and Chiefs ending a long barren spell for SA clubs reaching the 2013 final.

“Sundowns have raised the bar by winning the Champions League‚ and now it’s Kaizer Chiefs in the final. This shows how much progress the league has been able to make for some time now.

“So I’m sure right now in South Africa everyone is waiting for the 17th of this month‚ and also waiting for Kaizer Chiefs to come back with the trophy.”

Akpeyi admitted Chiefs will again be the rank underdogs against defending and nine-tine champions Ahly.

“From history I’m sure that everyone knows Al Ahly to be a very tough side. It’s a team that you need to focus 120 percent against in the 94th minute‚” the keeper said.

“So it’s not going to be an easy day. But I’m sure that’s the reason why we are preparing early‚ and the in camp working out strategies and structures‚ and plans on how to face this huge game.

“It’s a game of being focused and each team taking their opportunity when it comes.

“Looking at the history of Ahly again‚ you realise they have won a lot in the Champions League‚ and they are experienced.

“So we are coming as the underdogs. We respect them. But at the same time we’ll be coming with our A game.”

Ahly dispatched of Esperance de Tunis 4-0 on aggregate in their semifinal.