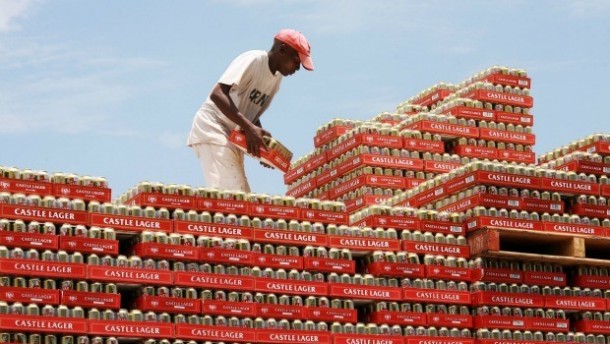 The Competition Commission has recommended to the Competition Tribunal that a deal for Belgian-based brewer AB InBev to acquire SABMiller be approved with conditions.

Competition commissioner Tembinkosi Bonakele said yesterday that the conditions addressed issues that were raised by various stakeholders since the announcement of the acquisition of SABMiller by AB InBev for $108-billion (about R1.7-trillion).

The commission has recommended a number of conditions to the Competition Tribunal to address these concerns. The main one is that AB InBev sell off the Distell shareholding within three years after the closing date of the transaction. The commission found that SABMiller, through SAB, held a significant shareholding in Distell, the largest producer of ciders in SA, followed by SAB.

The commission said this relationship created a platform for the exchange of commercially sensitive information between AB InBev and Distell. The commission also said AB InBev has undertaken to ensure that its employees, who are involved in bottling operations for Coca-Cola, will not also be involved in its bottling operations for Pepsi, and there will be no sharing of commercially sensitive information between the two.

This is a result of a finding that AB InBev bottled soft drinks for Pepsi in other jurisdictions and will after the merger also bottle soft drinks in SA for Coca-Cola. The commission expressed concern that these bottling arrangements for the two global leading soft drinks manufacturers could be a platform for coordination.

The commission’s concern was that the merged entity would foreclose its competitors by refusing them access to tin metal crowns. To remedy this concern, AB InBev has undertaken that it will supply tin metal crowns to third parties for a period of five years after the closing date of the transaction.

AB InBev has also undertaken that it will not retrench any employee in South Africa as a result of the merger. This condition will endure in perpetuity.

There are also potential negative employments effects arising from the potential termination of the distribution agreements with DGB, AB InBev’s distributor of alcoholic beverages in SA.

AB InBev has undertaken that it will offer employment to those employees of DGB who may be retrenched in the event that AB InBev terminates the DGB distribution agreement.

The commission has also recommended that AB InBev continues to supply hops and malt that are currently supplied by SAB to small beer producers. “We are confident that these comprehensive conditions address the competition and public interest concerns emanating from the merger,” said Bonakele.