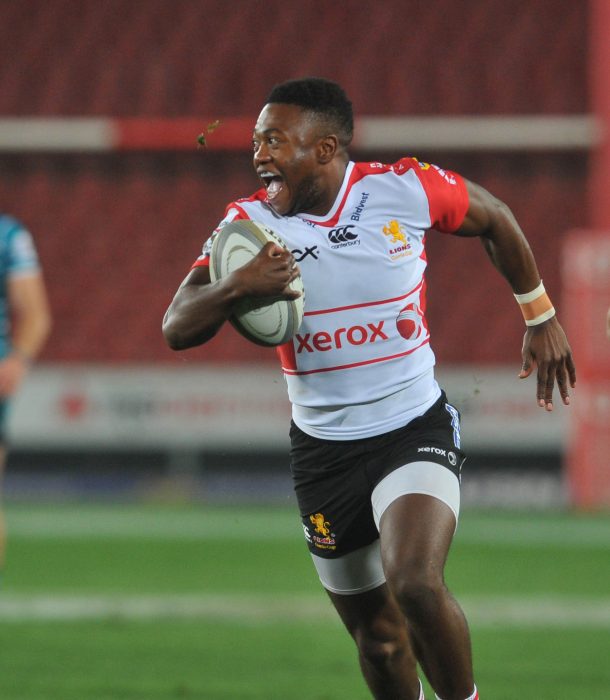 The Lions have retained the services of centre Wandisile Simelane who consummated the deal by inking a two-year contract.

Simelane‚ whose current contract expires in October had been linked with a move to Western Province but the Lions fought tooth and nail to retain the services of the former child star.

“This week he has signed on for two more years. I don’t think he really wanted to move to be honest‚” said Lions chief executive Rudolf Straeuli.

If Simelane felt unsettled he might have had reason to look elsewhere after he was given limited game time over the last two seasons. Straeuli made it clear time in the middle has to be earned.

“It is a normal contract. He wasn’t made additional promises. He has to jol. He sat with the coach and they understand. He’s a good kid.”

Straeuli also confirmed the Lions have signed Bulls fullback Divan Rossouw as well as Stellenbosch based flyhalf Jordan Hendrickse. “They will join in June‚” he said.

He also explained Springbok hooker Malcolm Marx is closer to honouring his contract with the franchise.

Marx‚ utility back Tyrone Green‚ flyhalf Shaun Reynolds and lock Ruan Vermaak all indicated they would exercise their right to terminate their contracts during the 21-day window players were offered to get out of their agreements as part of the local rugby industry’s cost saving initiatives.

“His contract is supposed to run from 1 July this year to end of 31 October next year‚” Straeuli said about Marx.

“That contract was agreed upon last year and he was free to go on a sabbatical to Japan. He has returned from Japan and is strictly speaking still under that contract.

Given the recent defections the Lions have hardened their player retention policy. “I have to fight to keep our guys‚” stressed Straeuli.

“The guys exercised their right under the Covid agreement and they left. I have to fight all those cases individually but at the same time I don’t want to drag every bloke to court. You want to keep the local guys. Guys like Malcolm and Wandisile are local players and we want to keep them.”