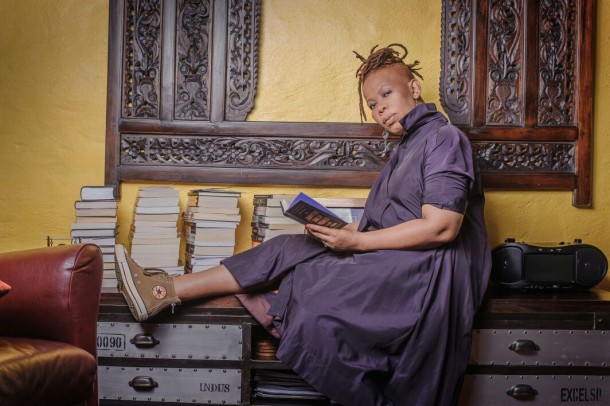 RISE fm is proud to announce the addition of Carol Sanderson to its star-studded lineup with effect from August 1, 2016.

On this show expect to connect even deeper with your favourite radio station, as Carol takes you through the length and breadth of the province, bringing you people doing their best to make a change, while showcasing Mpumalanga music’s raw talent live.

Carol takes over your Weekend Drive on RISE from 14:00 until 18:00 Saturdays and Sundays. Now Carol is no stranger to radio. In 2000, she started volunteering for the Barberton Community Radio Station, and her dedication and insight into issues affecting ordinary people quickly got the attention of the SABC, which head hunted her to be the anchor of one of its premier shows at Ligwalagwala two years later. Carol was producer and voice of current affairs at the station and during her seven year stint there, she received multiple awards.

Having conquered the airwaves, Carol made a transition in 2011, setting on a new journey as a business woman, to build what is today the pride of the Mpumalanga tourism industry, the Casambo Exclusive Guest Lodge.

Casambo has won a wide range of prestigious awards, including the:

The transition from radio journalism to the development of a luxury lodge takes a leap of faith. But it is an undertaking Carol does not regret. “I am living out my passion,” she says. Her entrepreneurial drive does not end with the lodge, as she recently opened an African fashion boutique at the lodge. Another passion is passing on her expertise. “The Tsogo award has allowed me to share what I have learnt with other business owners,” she says.

Welcoming Carol on board, RISE fm Station Manager, Ferdinand Mabalane reaffirmed what this means: “The acquisition of Carol Sanderson, cements the station’s determination to be uppermost in the minds of both advertisers and listeners alike, and it’s part of recent changes introduced at the station to position it as a serious regional player, proud of its origins, yet confident enough to create both national and continental buzz”.

Carol takes over this weekend slot, to dispel the myth about weekend radio, and help retain large audience numbers generated during the week. Her show offering will certainly strengthen and grow weekend listenership. With Carol now part of RISE fm Weekends, get ready to experience the station like never before, your weekend will never be the same.