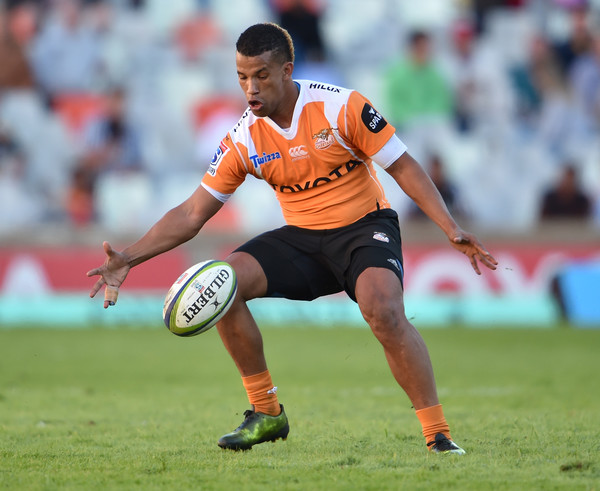 The fullback’s incisive incursions into the backline helped claw lumps out of the hapless Pumas who saw the match drift from their grasp as early as the first quarter.

Blommetjies will be back in the last line of defence against more redoubtable opponents when the Cheetahs take on the Bulls in Bloemfontein on Friday night and coach Hawies Fourie predictably kept the changes to a minimum.

Jacques du Toit is now the replacement hooker in a team that hit high notes in their opening encounter.

Apart from Blommetjies‚ inside centre Frans Steyn delivered a performance of force and purpose on his long awaited debut for the franchise.

He ran hard and straight‚ he made telling hits in defence‚ back tracked to snuff out threat‚ while his tactical kicking helped augment that of scrumhalf Ruan Pienaar‚ flyhalf Tian Schoeman and Blommetjies.

Wing Malcolm Jaer again looked like a man in a hurry‚ while flank Junior Pokomela was impactful with and without the ball.

Last week’s win helped shoot the Cheetahs to the top of the table‚ but they will face a Bulls team that would have been battle hardened by their grinding win over Griquas.

That the teams found different ways of securing an opening round is evident in the match stats with the Cheetahs gaining 703m‚ over the Bulls’ 503m.

Whoever wins on Friday will be at the top of the table – temporarily at the very least.