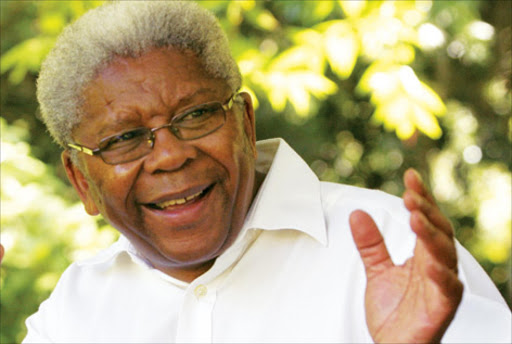 He was speaking at St George’s Cathedral‚ Cape Town‚ on Saturday at the funeral service of the Reverend Canon Rowan Smith‚ a former Dean of the Cathedral who identified as gay and campaigned for the rights of the LGBTQIA community.

Archbishop Ndungane asked for the kind of leadership “that we saw in the dark days of apartheid” and added that the Anglican Church had excluded a “huge part of itself” in respect of people of different sexuality.

The blessing of same sex marriages remained an unresolved issue‚ and the Church’s failure to deal with this issue meant that its Christian humanity was suffering‚ the retired archbishop said‚ according to a statement issued by his office.

“We bless everything in Church. We bless buildings. Why not same-sex marriage? If one of our priests goes to a meal in the home of a same sex couple who attend his or her Church‚ does it not mean that he or she is addressing their relationship by doing that? Of course it does! We would not refuse to administer the sacrament of baptism to the child of a gay couple. But we won’t bless their union.”

He added: “I have no doubt that Rowan‚ the priest of the people‚ would rejoice with us to see a recognition by the Anglican Church and others in accepting the full human-ness of gay and lesbian people in a new‚ truly rainbow‚ Church.”

He paid tribute to Canon Smith for his implacable support of the right of LGBTQIA people to be recognised as loved and accepted members of the Church.

“Indeed‚ it is an issue that was very close to his heart and about which he felt very strongly. For that reason‚ I have chosen to focus attention on this issue in this sermon‚ as a way of paying tribute to the person that he was. Together with many of us‚ Rowan would confess that one of the greatest failings of our Church is that‚ despite years and years of debate and dialogue‚ it has not been able to find a position of full acceptance of Anglican people who are LGBTQIA‚” the Archbishop said.

While the Lambeth Conference (once-a-decade meeting of global bishops) of 1998 had come close to finding a consensus on the gay and lesbian issue in the Anglican Communion‚ very little had changed since then‚ with regular threats of schisms in the intervening years.

The 2018 meeting was postponed to 2020 after the issue of homosexuality divided bishops‚ including those from Africa.

In 2016‚ the provincial synod of the Anglican Church of Southern Africa voted against the introduction of blessing services for same-sex marriages.

Ndungane is the former Archbishop of Cape Town. He held this office as head of the Anglican Church in South Africa for 11 years to 2007 when he retired. He is currently the executive director of the Historic Schools Restoration Project and president of African Monitor (an independent continent-wide organisation that monitors the development of grassroots communities).