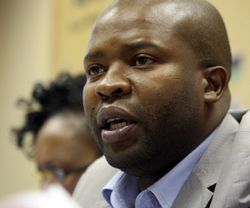 Blame me‚ not the ANC‚ for birthday bash booze brouhaha: Maile

Gauteng economic development MEC Lebogang Maile has taken responsibility for the drama caused by the Gauteng Liquor Board’s (GLB) announcement that it would be extending trading hours to cater for the ruling party’s birthday celebrations.

Just minutes after his department reversed that decision‚ Maile told eNCA that the African National Congress (ANC) was not to be blamed for the move which elicited a public outcry.

On Tuesday‚ the GLB announced that it would offer a day passes for liquor traders wanting to trade beyond their prescribed hours from January 6 to 8. The board said this was done as it viewed the ANC celebration‚ to be held in Orlando Stadium‚ as an economic opportunity for the province.

However‚ there was a public outcry‚ and amongst the most vocal critics was the ANC Women’s League (ANCWL)‚ which said on Tuesday night that the idea “tarnishes the good name of our glorious movement”.

The GLB backtracked on Wednesday morning‚ and withdrew the day pass plan.

Maile said the ANCWL had a right to express its view on any issue in society.

“I am a deployee of the ANC. If the ANC or any structure of the ANC raises any issue‚ I have an obligation and responsibility to listen‚ not just to the women’s league only‚ even to members of the public‚” Maile replied.

He further stressed that there was no consultation with the ANC on the decision.

“This has nothing to do with the ANC. I agreed [to the resolution] as the MEC and I did not ask the ANC whether to agree or not. The ANC should not be blamed on this thing. The ANC has never‚ at any given point asked anybody to create a special dispensation.”