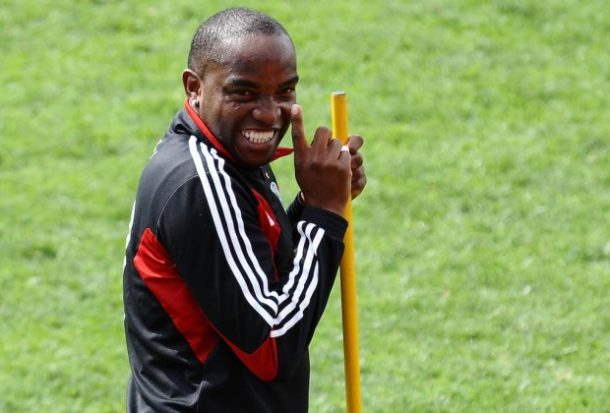 Benni McCarthy: ‘I’m desperate for football to get back and also get myself involved again’

There will be no life of leisure for Benni McCarthy in his post-playing days as the former Blackburn Rovers star has confirmed that he cannot see himself being anything but a football coach.

On McCarthy potentially taking a coaching job in Europe in the near future‚ Mosimane tweeted: “A very sad loss of talent in coaching to SA football. Outspoken like me and big potential to surpass me if given time.

“Full of confidence and exposure to high level of football in Europe. He really loves the proper way of playing football. Future Bafana coach.”

McCarthy had his frustrations in his ultimately promising two-and-a-half years beginning his head coaching career at Cape Town City‚ where he was fired in November after a run of two wins in 18 matches.

As City won the 2018 MTN8‚ and reached the 2017 final‚ finishing fourth and fifth in the Absa Premiership‚ McCarthy at times grumbled about refereeing and some organisational aspects in the Premier Soccer League.

But he has put aside any doubts on whether coaching is the chosen profession for a player who financially probably never desperately needs to work again‚ especially in such an unforgiving profession.

“I do miss football a helluva lot‚” McCarthy told an online press conference of the SA Football Journalists Association (Safja) from his second home in Scotland on being between jobs‚ and also inactive as the coronavirus has shut down sport globally.

“I never imagined‚ like football is such a massive part of one’s life‚ so when you’re out of it and don’t get to go to training‚ you’re not involved and just at home – wow. I’m desperate for football to get back and also get myself involved again.

“Not being able to go on the pitch every day‚ and help players improve themselves‚ change their mindsets and change their lifestyles‚ and wanting to become better than they were yesterday. That is exceptionally hard.

“So‚ ja‚ I’m looking to get myself back into the swing of things the minute things get back and football gets back to normal. Whether it’s this side‚ or even if it’s another return to South Africa‚ well I’m open to anything.”

He has said he has been investigating links to coaching jobs on the staff of relegated Heart of Midlothian in Scotland‚ and ex-club Porto and Rio Ave in Portugal’s Premeira Liga.

A very sad loss of talent in Coaching to SA Football. Outspoken like me and big potential to surpass me if given time.Full of confidence and exposure to high level Football in Europe.He really loves the proper way of playing Football. Future Bafana Coach.@bennimccarthy17 pic.twitter.com/MYJEoe4isv