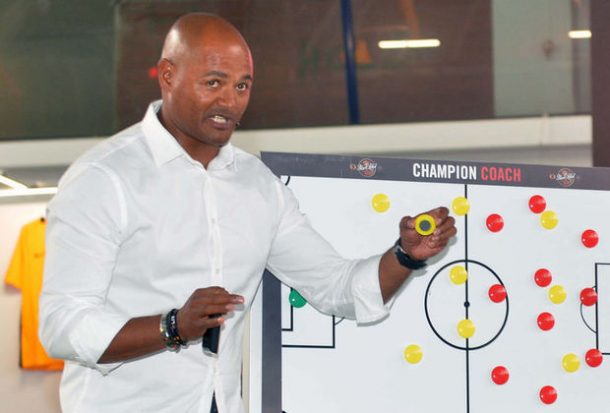 Former Kaizer Chiefs assistant coach Shaun Bartlett did not have to wait for very long on the sidelines after parting ways with the Naturena last year and has surfaced at struggling newcomers TS Galaxy.

The erstwhile Bafana Bafana striker will become head coach Owen da Gama’s assistant and the two will resume a relationship that dates back many years.

The struggling Galaxy are stranded at the foot of the standings and Bartlett said he hopes to help Da Gama spearhead a fight away from the abyss.

“I am absolutely delighted and excited about the opportunity given to me by [club] owner Tim Sukazi and TS Galaxy football club‚” he said.

“I’m looking forward to the challenge and even though they are a new club in the PSL‚ I know that there is great expectation and there are a lot of goals to achieve.

“I want to be part of that process and the project‚ and along with the technical team and head coach Owen Da Gama‚ we are hoping to achieve that in the very near future.

“I am very excited to be working with coach Owen again‚ and hopefully we will start producing the results and making the fans proud of the club that it is‚ and even the brand of football that we will be playing‚ ensuring we get the results and competing for silverware.

Chiefs agreed to an early termination of Bartlett’s contract in September shortly after the club had finished runner-up to champions Mamelodi Sundowns after leading the standings for the better part of the last campaign.

The decision came a day after the club sacked head coach Ernst Middendorp.

Da Gama said he was happy to reunite with Bartlett after the two worked together at Bloemfontein Celtic‚ and at the SA under-23 side. Bartlett was roped in to assist Da Gama at the national under-23 side in July 2015.

“I am happy to have Shaun Bartlett on board at TS Galaxy‚” Da Gama said.

“I worked with him as a player at Bloemfontein Celtic as well as my assistant at the SA national Under-23 team when we qualified for the Olympics [2016 Rio Games]. I admire his work ethic and believe that he will add a lot of value to our cause at TS Galaxy.”

Galaxy are away to Maritzburg United in their next outing at Harry Gwala stadium on Wednesday.