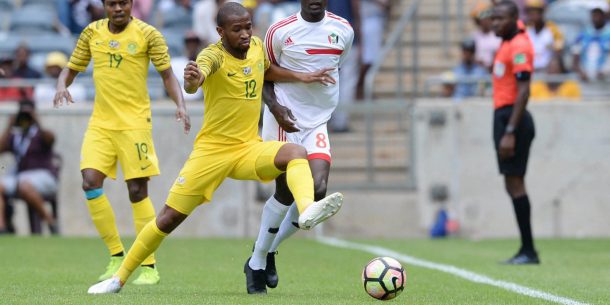 Bafana Bafana remain unmoved at number 71 in the latest FIFA world rankings released on Thursday‚ with very little change to the list last released in mid-December.

Molefi Ntseki’s side are also still number 13 in Africa‚ a position they will be desperate to change during the remainder of the 2021 Africa Cup of nations and upcoming 2022 FIFA World Cup qualifiers.

It is all well below the South African Football Association’s stated aim of having the side regularly in the top 20 in the world‚ and in the top three in Africa‚ but is a position they have largely filled for 15 years now since the start of their steady decline in in the rankings in 2004.

Bafana’s next opponents in the Nations Cup qualifiers‚ tiny Sao Tome e Principe are languishing at number 181 in the world‚ and have only Djibouti‚ Somalia‚ Seychelles and Eritrea below them on the African list.

Their other opponents in the pool‚ Ghana‚ moved up a single place to number 46 (and sixth in Africa)‚ while Sudan stay at number 128.

Bafana will also meet Ghana in the World Cup qualifiers‚ as well as Zimbabwe (111 in the world) and Ethiopia (146).

There is also no change in the global top five‚ which is headed by Belgium and also contains France‚ Brazil‚ England and Uruguay.