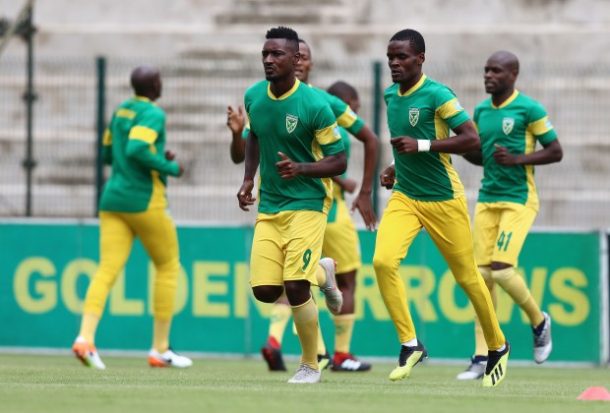 Arrows have chance to sneak past Orlando Pirates into second spot

Golden Arrows coach Mandla Ncikazi does not want his players to be distracted by the fact that they will climb to second spot on the standings if they get all the three points from Tshakhuma Tsha Madzhivhandila (TTM) on Wednesday.

Abafana Bes’thende hit the road to Peter Mokaba Stadium in Polokwane for their DStv Premiership encounter where three points will see them overtake Orlando Pirates to second spot on goal difference.

“We don’t even highlight what could happen in terms of position if we were to get maximum points tomorrow‚ which is what we are planning to do‚” said a cautious Ncikazi.

“The mind of a person works so much with picture and we don’t want to exaggerate or highlight the picture of what could happen if the team were to get the points. We want players to focus on what we planned during pre-season‚ which is getting a minimum of eight points or a maximum of 15 if possible from a block of five matches.

Arrows meet a vastly improved TTM who have registered two victories and one draw in their last three league outings‚ and Ncikazi has warned his players to display a professional attitude.

“This is another tough assignment for our team against TTM away from home in Limpopo. We have been to Limpopo for the past two games and this one tomorrow is going to be difficult because TTM are a very good team with a lot of good players in their team.

“Currently they have started getting positive results and its going to be very tough for our team. They are a very good team with good players like Alfred Ndengane‚ Rhulani Manzini‚ Lerato Lamola‚ Thabo Rakgale and Joseph Malogoane‚ to name a few‚ who are experienced players.

“If we were to have a bad mindset of thinking that it is going to be easy we will suffer the consequences.”