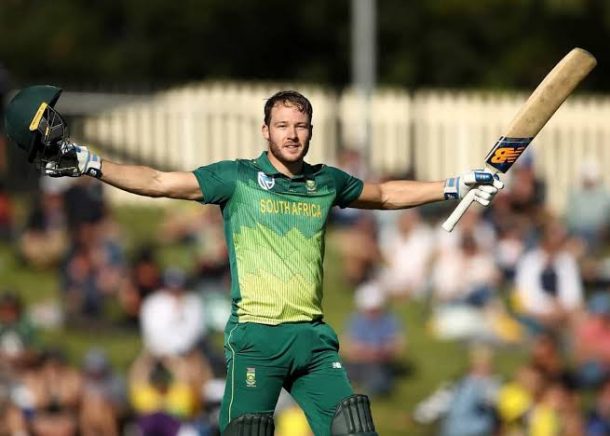 Proteas limited overs batsman David Miller may not have always delivered on his immense potential‚ but he understands the currency of runs and how they keep you in a team.

Miller was one of the senior players who went missing in action during the World Cup.

With Faf du Plessis not being part of the ODI action against England and Hashim Amla retired‚ Miller now has to deliver repeatedly in the ODI series that starts at Newlands on Tuesday.

Runs were missing from South Africa’s Test team and with England possessing a ballistic ODI batting unit‚ Miller has to rise to the occasion.

“You have to let the runs do the talking. You can have all the experience and the good chats but it’s about doing the business on the park.

“When you look at the management‚ they had all the skills and the experience but they did a lot of stuff on the field‚” Miller said.

“It’s about putting scores together and as a batting unit‚ we’re playing the World Champs.

“But cricket is cricket. Anyone is beatable. If we come with the right approach and mindset and do what’s required of us‚ it’s going to be a good game.”

With the likes of Kyle Verreynne‚ Bjorn Fortuin‚ Lutho Sipamla and Janneman Malan‚ there’s a fair bit of wet-behind-the-ears in the squad that’ll be captained by Quinton de Kock.

England are a formidable team but renewal‚ no matter how painful it can be‚ has to start at some point.

There’s going to be a fair bit of nerves when the young players have to make their bows‚ but Miller said it’s not a bad thing to be nervous.

“Everyone takes nerves differently but whether you play club cricket or international cricket‚ you still deal with nerves and pressures.

“The guys have played enough domestic cricket but it’s up to the individual to see how they process and at the end of the day‚ no one can do it for you‚” Miller said.

“Through chatting to the experienced guys in the team‚ the change room and the management.”

The experience Miller brings also comes with a fair bit of cricket know-how‚ one of them being how to enjoy the game.

Having played international cricket for just under a decade now‚ Miller understands how the passion from the game can die and be reignited.

He also hinted at how success makes a happy team‚ even though that’s something that’s pretty far from the Proteas right now.

“At the end of the day‚ it’s about enjoying the game.

“It is a profession‚ a career and a business‚ but you have to enjoy what you’re doing. In international cricket‚ you can forget about that through the challenges that you face but the stuff they do on the field is ridiculous‚” Miller said.

“It’s about drawing together as one and supporting each other and that’s a big thing. International cricket can be a lonely place. When you see your team mates do well‚ it breeds success and feed off each other.”