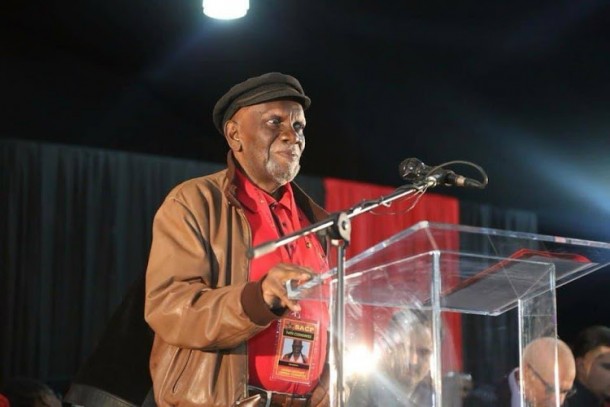 He died on Friday at Durban’s Inkosi Albert Luthuli Hospital after a long illness. He was 87 years old.

“Although we were aware of his ill health‚ we were nursing hopes that he would recover and be with us once again‚” the ANC in KwaZulu-Natal said.

The provincial ANC described Mtshali as a solution-driven leader and said his death was “a depletion of solid leaders who are the custodians of the culture and values of the alliance”.

“In all meetings he offered analysis on the challenges experienced by the ANC in implementing programmes aimed at driving the transformation of society and offered solutions on how to turn things around.

“He had a rare ability of analysing the political environment under which we operate and assessing the balance of forces and their influence in the success of our programmes‚” KZN ANC spokesperson Nomagugu Simelane said.
Mtshali was also a recipient of South Africa’s prestigious Order of Mendi for Bravery in silver.

He was also one of the founders of some of the ANC’s intelligence units.

Since 1994 Mtshali has served in different government positions.

“Comrade Stalin used every opportunity in parliament as an MP to advance the interests of ordinary members of society… he prioritised education and the acquisition of knowledge required to achieve the total economic emancipation of the marginalised‚” Simelane added.

His passion for education resulted in a school being named after him‚ the Eric Stalin Mtshali Secondary School in Wyebank‚ Durban.

“As the ANC we are hopeful that during this difficult period the people of KwaZulu-Natal and the whole country will be comforted knowing that the Eric Stalin Mtshali Secondary School will remain a symbol of hope for many years to come‚” said Simelane.