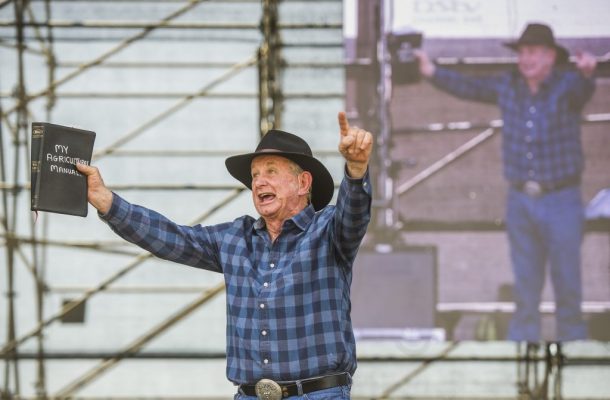 ‘I asked for forgiveness for the utterances I made and hereby repent’
Evangelist pastor Angus Buchan has cancelled a planned service at Loftus Versveld in Pretoria next year‚ after sparking an outcry when he said only Jewish and Afrikaans people shared a covenant with God.

“I have cancelled the planned meeting at the Loftus stadium in February next year. Once again‚ I am asking you to forgive me for making an honest mistake that has hurt so many people in our beautiful country‚ South Africa!

“We have come a long way as a nation to be where we are today and my utterances and actions are sincerely regrettable. Having met with the Christian Leaders Forum today I asked for forgiveness for the utterances I made and hereby repent.”

Buchan said his desire for the event was to pray for farmers affected by drought‚ but realised that his comments about only Jewish and Afrikaans people sharing a covenant with God was wrong.

“I am very sorry for what has taken place‚ I apologise‚ I repent and I renounce the idea of any special nation. I therefore ask your forgiveness.

“Being a farmer myself and experiencing one of the worst droughts in the history of Sub-Saharan Africa‚ and seeing the untold damage it has caused people physically‚ mentally and spiritually‚ it has broken me‚ and my sole intention was to encourage and to try and alleviate their suffering by reminding them that God will ‘never leave them nor forsake them’.”

Buchan made headlines last week when EFF deputy president Floyd Shivambu shared a clip on Twitter in which Buchan can be heard saying‚ “remembering that only two nations in the world have ever been in covenant with the God of Abraham‚ Isaac and Jacob. They are the Jewish people and the Afrikaans people. That is a fact.”

EFF spokesperson Godrich Gardee slammed Buchan and suggested bombs be placed inside the stadium. He later retracted his statement.