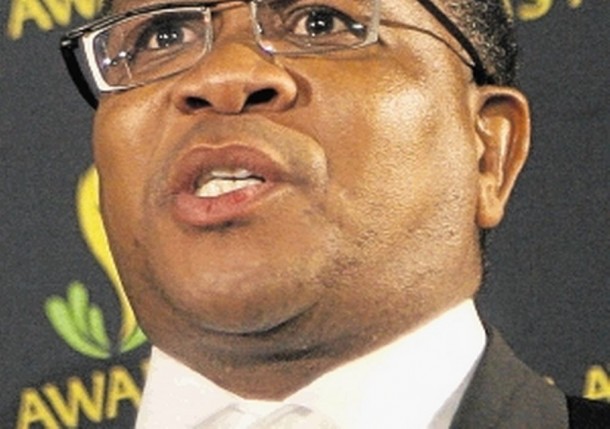 The ANC will use its January 8 statement, to be delivered by President Jacob Zuma on Sunday, to “create a path of self-correction”.

This is according to the ANC’s head of organising Fikile Mbalula, who is also the Minister of Sport and Recreation.

Speaking to reporters in Johannesburg ahead of the ANC’s 105th birthday celebration to be held in Soweto at Orlando Stadium, Mbalula also said the party’s leaders were confident that Zuma’s January 8 statement would galvanise disaffected supporters enough for the party to claw back support following a disastrous local government election last year.

Mbalula said it was crucial for the ANC to launch a strong comeback after losing key metros such as Tshwane and Johannesburg in last year’s municipal elections.

He said build-up events that were being held during the week and Sunday’s birthday bash would serve to reconnect the party with its core constituency.

The ANC’s national support declined to 54% following an election in which a sizeable chunk of the party’s constituency chose to stay away from the voting booth, unhappy about how some of the leaders had been conducting themselves.

ANC secretary-general, Gwede Mantashe, told party supporters in Evaton in the Vaal Triangle on Tuesday that “the reason people are angry with us is because they see us as self-serving”.

But Mbalula, flanked by ANC Gauteng secretary Hope Papo and national spokesman Zizi Kodwa, expressed optimism that Zuma’s speech on Sunday would boost the morale of their supporters ahead of what is expected to be another testing year for the party.

In 2017, the ANC is expected to hold several major events to discuss and decide on its future leaders, including a consultative conference with veterans and stalwarts followed by a policy conference and, ultimately, an elective conference in December.

Mbalula has also distanced the ANC from an announcement by the Gauteng Liquor Board that trading hours for alcohol retailers would be relaxed for the weekend’s festivities. He said the ANC had nothing to do with the move. The liquor board has since dumped the decision.

“The ANC would like to state categorically that we do not decide on the opening times of taverns and beer halls,” Mbalula said.

“Any reports that associate the ANC with alcohol accessibility have got nothing to do with the ANC.”

Mbalula warned leaders and party members not to behave in a manner that would bring the ANC into disrepute. The ANC has organised 800 buses to ferry supporters to the 40000-seater Orlando Stadium, which it planned to fill to capacity.