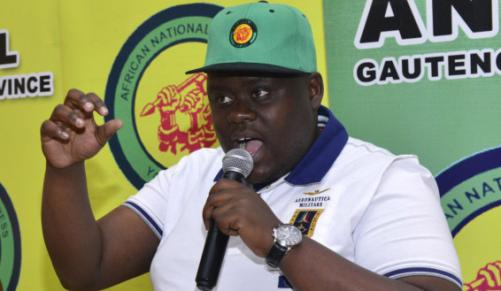 “Jesus” on Thursday moved speedily from Nelson Mandela Bay, in Eastern Cape, to Mogale City, on the West Rand, as the ANC lost control of the two municipalities.

President Jacob Zuma famously said that “the ANC will rule until Jesus comes”.

And, as the party faces the prospect of losing control of Ekurhuleni, on the East Rand, and of Johannesburg, in addition to Tshwane and Rustenburg, its youth league fired a salvo at their elders – the party leaders – and demanded an early elective conference at which new leaders would presumably be nominated and elected.

Collen Maine, the ANC Youth League president, said the league believed that all members of the party’s national executive committee – its highest decision-making body between national conferences – should account at an early conference for the party’s poor performance in the municipal elections.

The ANC’s share of the national vote has been reduced from 62% in 2011 to 54%. “The early conference must not be contested and there is a need to introduce young leaders to the officials and the overall leadership contingent of the ANC,” Maine said on Thursday.

The league carefully avoided pronouncing on the leadership of Zuma, whom many in the organisation blame for the electoral decline.

With the party almost certain to get booted out of power in Tshwane, Johannesburg, Ekurhuleni and Rustenburg in the coming days, the league’s statement is seen as an attempt to respond to the challenge

If the ANC loses control of these municipalities, it loses control of local government budgets totalling more than R100-billion. The ANC is scheduled to go into a conference to choose new leaders in December next year. But the youth league wants the process brought forward.

The league said the poll decline could have been avoided had the ANC taken critical decisions on:

“The ANC must now, more than ever, deal with the people who taint the image of the organisation. Those found guilty of corruption must be expelled,” said the youth league. But it defended Zuma.

It said that to pin the blame for the poor election results on Zuma would be dishonest and that he will be president of the party until its next elective conference.

“The ANC leadership has taken collective [responsibity] … it’s not Zuma that must account, it is the ANC collectively because Zuma is not the ANC,” said Maine.

Last night it emerged that in Ekurhuleni the ANC faced an internal revolt after suggestions that some senior party MPs would agree to being seconded to the municipality to help with service delivery.

Those close to the process said the deal in Ekurhuleni with the African Independent Congress (AIC) hung in the balance and that voting for the offices of mayor and speaker might be by secret vote.

“Our position is precarious and if we allow a secret vote we might lose control of the metro,” said a member of the ANC’s Ekurhuleni executive committee, who spoke on condition of anonymity.

“Divisions and suspicions among comrades run deep and we are losing control.

”We hope that we will retain the mayoralty and rebuild from there.”

On Thursday, the DA’s Athol Trollip was sworn in as mayor of the Nelson Mandela Bay metro.

He delivered his acceptance speech to a jubilant crowd of DA, UDM, EFF and COPE supporters in a packed Feather Market Hall, setting out his vision for the next five years and vowing that the city’s money would be used effectively by stretching every tax rand to achieve maximum effect.

As he began speaking the ANC councillors walked out.

Trollip said the days of the council staging glitzy, glamorous public events, buying flashy cars and indulging in cadre deployment were over.

In Mogale City, ANC mayoral candidate Peace Mabe was left red-faced when she was reminded of her references to DA leader Mmusi Maimane as “that boy”.

The DA’s Lynn Pannal was voted in as mayor, beating Mabe by a single vote.

In Tshwane, the DA’s Solly Msimang will be elected mayor in terms of an agreement among opposition parties to vote as a bloc to stop the ANC.