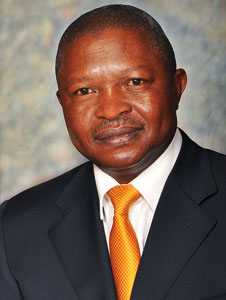 The ANC is willing to pay for President Jacob Zuma if he does not have money to refund the Nkandla upgrades that are non-security features.

Speaking out for the first time since the Constitutional Court ruling that the president violated the constitution by not implementing the recommendations of the public protector on the Nkandla matter, premier David Mabuza, pictured, said Mpumalanga supported and had accepted Zuma’s apology.

The province’s support for Zuma follows that of North West, Eastern Cape, Limpopo and Free State.

Also read: ‘President will cost us the votes’

Yesterday, Mabuza addressed the media following a joint meeting between the provincial executive committee, the ANC regional leadership and all the leagues of the ANC, saying they were not supporting Zuma because there was nothing wrong he had done.

“We are defending the president and the ANC, not because there’s nothing wrong that has been done, but for the confusion that may have been caused,” Mabuza said.

He said the Constitutional Court ruling taught them that the public protector’s recommendations were binding, hence they supported that the president should pay.

“[The] ANC will help Zuma if he does not have money to pay,” he said.

“We are neither confused nor ashamed. As about the ANC stalwarts whom we respect a lot calling for the president to step down, we respect their views . but we call on them to allow us to deal with this matter,” he said.

Sowetan understands that Mabuza, who is also a Zuma ally, has been tipped to be deputy president of the ANC next year if African Union chairwoman Nkosazana Dlamini-Zuma succeeds Zuma.

The recent appointment of Jackson Mthembu as a replacement for former chief whip of the ANC, Stone Sizane, has boosted the province as Mthembu is from Emalahleni, formerly Witbank, in Mpumalanga.