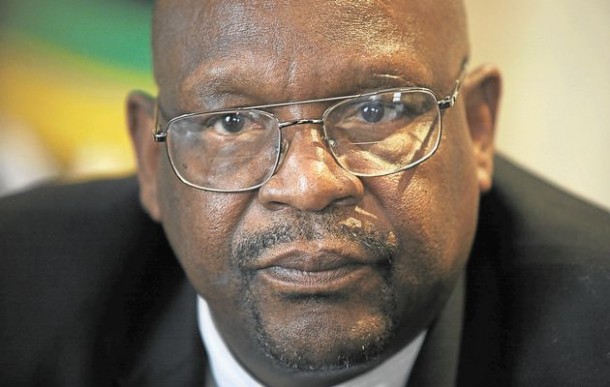 ANC NEC member Mathole Motshekga has broken ranks and joined the call for the removal of Jacob Zuma as the president of the country and the ANC.

He has called for an “urgent” NEC meeting to ask the president to step down.

“The ANC leadership must convene an urgent NEC meeting and ask the President to do honourable thing and assist him in whatever way possible to endure the situation,” said Motshekga.

In his open letter which was first published on IOL, Motshekga wrote that the ANC cannot accept collective responsibility for the actions of the president and all those who have been implicated in the State of Capture report by the former Public Protector.

He wrote: “The ANC cannot, and should not accept collective responsibility for the actions of the President and all those implicated by the State Capture Report.”

“The ANC culture and packing order dictates that if the President is unable, for whatever reasons, to exercise his powers and perform his duties, his deputy must step in.

“The ANC has a highly incredible unifying figure in the person of the Deputy President Cyril Ramaphosa. The founders and ancestors of the ANC will judge the current leadership harshly if it fails to ask President Jacob Zuma and those implicated by the State Capture Report, to do the honourable thing and let the Deputy President Cyril Ramaphosa, to complete the term and reserve the right to rationalize his cabinet to save money for student fees,” he said.

Motshekga said that Zuma does not have an “inborn entitlement to the Presidency of South Africa” and that if he has erred then the law must take its course.

“President Jacob Zuma, like all of us is a fallible human being. He has no inborn entitlement to the Presidency of South Africa. If he has committed errors of judgement, or violated the law and/or the code of ethics, then the law must allowed to take its course.”

Motshekga has however disagreed with ANC Chief Whip in Parliament Jackson Mthembu who has called for the resignation of the entire ANC NEC.

“It would be irresponsible to ask the ANC NEC to resign and dissolve government, and leave the cabinet leadership in a chaotic manner.”

He continued to remind the ANC that the power does not lie with the party and its leaders but lies with the millions of people that continue to choose the ANC at the polls.

“No-one can claim authority unless it is based on the will of the people. The ANC itself has no power except the power derived from the people who outnumber the ANC membership by millions.”

Motshekga was part of the NEC task team that recalled Thabo Mbeki in 2008 and outlines the reasons why Kgalema Motlanthe was put in the office as an interim matter. He said that in this instance, Deputy President Cyril Ramaphosa will have to take up office and complete Zuma’s term as per ‘the ANC culture’.

The remedial actions by the former Public Protector Thuli Madonsela recommends a Judicial Services Commission chaired by Chief Justice to further investigate the allegations of State Capture and has requested the president to make sure that the commission has all the resources they require to do its work. This, according to Motshekga shows a trust deficit in the president and the judiciary on the part of the Public Protector.

How do you manage your whatsapp status?

A. If i feel like deleting it , I do so.
B. Wait until its expired.
C. I don't even upload