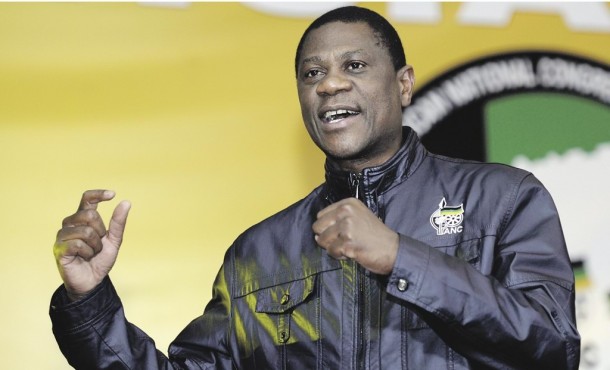 ANC confident of holding onto its 10 Gauteng municipalities

The African National Congress in Gauteng said on Thursday that it was preparing for total victory in next week’s municipal elections and that it would retain all 10 municipalities it leads in the province.

Provincial Chairperson‚ Paul Mashatile‚ said the ANC would deploy four party agents in every voting station and other volunteers around the province to make sure everything went smoothly.

“We are calling on all other political parties to work together. Come the 3rd of August we will win the elections‚” Mashatile said in a press briefing at Ruth First House‚ in Saxonworld.

He said allegations that the ANC would “steal” votes was just an excuse by political parties that knew they will not win the elections.

“The DA can’t even deal with Midvaal because they run away and that’s a clear lack of leadership. I was there yesterday (Wednesday) to restore calm.”

“Only the ANC continues to have concrete and implementable plans and it will continue to improve service delivery and quality for the lives of those who are living in Gauteng. We will provide a democratic government free of fraud and corruption‚” said Mashatile.

Mashatile said that the party would retain the 10 municipalities it leads and work hard to win Midvaal.

Gauteng ANC also said that Tshwane was calm and their election campaign was doing well.

“We don’t blame others. The DA must stop blaming others.”

Papo said that the party did not underestimate research reported in the media that indicated the ANC was likely to lose Tshwane to the Democratic Alliance.

“Remember‚ before the 2014 elections we were told that we were going to lose Gauteng but we didn’t. We are not talking about other political parties and at the same time we don’t want to make wild commitments that are unsustainable financially.”

Papo said that they were confident that the majority of the people of Gauteng would vote for ANC.

He referred all questions about former president Thabo Mbeki’s attendance at the party’s Siyanqoba Rally to the national leadership.

“We can confirm that president Mbeki is an ANC member in good standing. We are sure about comrade Mbeki’s support in our movement‚” said Papo.