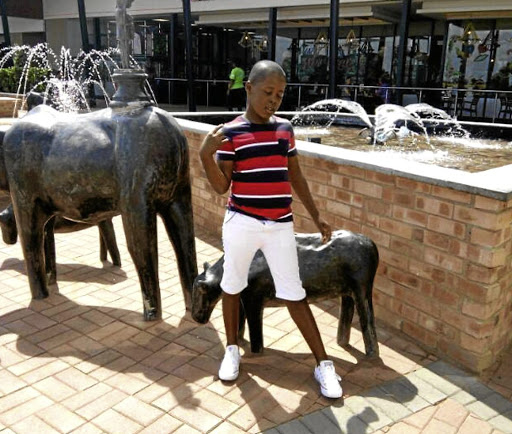 ‘An angel who loved to laugh’: mom demands to know why robbers killed her son‚ 13

The mother of a teenage boy who was suffocated and shot while she was working night shift says she needs answers from the killers.

Keitumetse Kigan Malefahlo‚ 13‚ was murdered by unknown robbers in his home in Klarinet‚ Emalahleni‚ in Mpumalanga‚ in the early hours of Tuesday in a house robbery.

The robbers fled with only a television set.

Brenda Malefahlo told the Sowetan she received a call from her neighbour who told her to rush home because something bad had happened.

She works shifts at a mine.

“I’m asking myself a lot of questions. What did my son do to these cruel men that made them kill him? I wish they can be arrested so that they can answer those questions. I want justice for my son‚” said Malefahlo‚ weeping.

She recalled the last moments she saw her son alive.

“When I left for work on Monday evening‚ I told him to not sleep before he washed the dishes as he had that tendency when I worked night shift. It was a routine that when I worked at night‚ he would walk me to the gate and say goodbye. He locked the gate and went back to the house‚” said Malefahlo.

“I was called by a neighbour at 3am after they heard the shouting and the gunshot that killed my son.

“My son was an angel. I don’t even know how to describe him but he liked playing with friends and laughing‚” she added.

Mpumalanga police spokesperson Brig Leonard Hlathi said preliminary investigations revealed that the boy had tried to hide when the men broke into the house and shouted for help‚ but the suspects apparently broke down the door‚ suffocated him and then shot him.

“Our preliminary finding is that the boy might have been awoken by strange noises in the house and‚ upon realising that his life was in danger‚ he then ran into one of the rooms and locked himself inside‚” Hlathi said.

“Moments later‚ the boy screamed for help‚ which drew the attention of the heartless men and they headed to the room‚ broke the door and suffocated him until he became unconscious.

“The suspects shot the defenceless boy as he lay there unresponsive and took a television set and left the house‚” said Hlathi‚ adding that medical personnel certified Kigan dead on the scene.

Malefahlo said when she got home‚ her son was dead.

“I could not go into the house to see him because police would not allow me to. I’m in serious pain. It’s hard to believe that my son is gone. Each time I think about it‚ I just cry.”

Hlathi said police were investigating a case of murder and house robbery. Hlathi appealed to anyone with information to contact the SAPS on 08600-10111 or to send details via the MySAPS app.

“All information will be treated with the strictest confidence and callers may remain anonymous‚” said Hlathi.

Meanwhile‚ community safety‚ security and liaison MEC Gabi Shabalala has called on parents to not leave minors alone at home.

“As the department we condemn the barbaric murder of the minor.”

“We are calling on the police to work around the clock to bring these suspects to book‚” Shabalala said. “I would also like to warn parents and guardians to refrain from leaving children alone in their houses.”