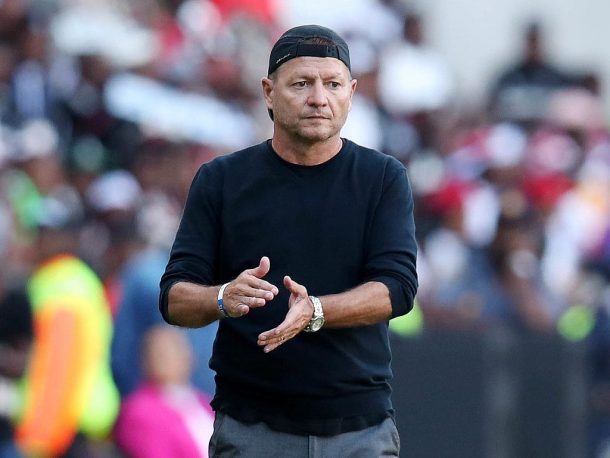 AmaZulu coach Vukusic has no intention of quitting the ailing club: “I’m staying. I am a fighter”

AmaZulu coach Josef Vukusic refused to label the dire situation at his club a crisis‚ even after they dropped down into last place in the premiership standings at the weekend‚ suspended several experienced players and saw their assistant coach walk out on them.

“We are not speaking about a crisis but that we are in a relegation fight is a reality‚” said the Slovakia coach‚ brought in to rescue the club after they made a poor start to the season.

AmaZulu gave up a late winner to neighbours Lamontville Golden Arrows at the weekend to lose the derby at Durban’s King’s Park and then saw assistant coach Mabhuti Khenyeza depart to take over as coach of Championship outfit TS Galaxy.

With just two victories in their last 12 matches‚ turmoil has been brewing at AmaZulu over the last months but was taken up another notch last week when they suspended five players – Lehlohonolo Majoro‚ Michael Morton‚ Jabulani Ncobeni‚ Thembela Sikhakhane and Nhlanhla Vilakazi.

Vukusic refused to talk about the five even though AmaZulu are now running short of players with away matches at Chippa United and Kaizer Chiefs next on their programme.

“This is not a theme for me. The players were suspended and I will not give you any answer on this theme. I don’t want to speak about it‚” he said.

The five were alleged suspended for ‘poor attitude’ and are training apart from the first team squad.

“We cannot panic now‚” Vukusic warned. “That could make it even worse. I don’t want to look for excuses but it has been tough.

“We must believe and I believe that we can survive. Our only target now must be to ensure we stay up in the league. Before we could have had a bigger ambition but now we just have to fight for survival.”

As to his own future as the coach‚ he said he had no intention of quitting.

“I’m staying. I am a fighter. I knew from the first day of taking this job that it would be tough but I will bring my experience to it and the players must continue working hard.”

Khenyeza quit on Sunday in circumstances criticised by AmaZulu general manager Lunga Sokhela: “The timing of Mabhuti’s resignation is quite unfortunate given the club’s situation in the league.

“We were due to meet in the morning with the rest of technical team but have instead received his resignation letter via WhatsApp. The same WhatsApp was shared with the coaches and members of the media.

“At this moment that is all we’ve received from him. This could have really been handled a lot better but we will consult internally and our legal advisors before taking the matter forward‚ ” said Sokhela.