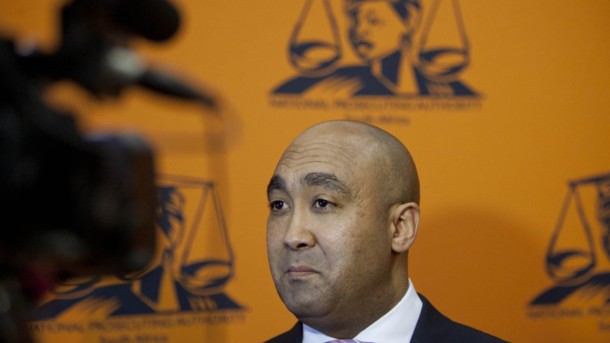 Abrahams faces grilling over Gordhan charges in Parliament on Friday

National Prosecuting Authority boss Shaun Abrahams will on Friday have to account to Parliament for his decision to withdraw fraud charges against Finance Minister Pravin Gordhan.

Portfolio Committee on Justice and Correctional Services Dr Mathole Motshekga said on Wednesday: “We believe that it would be appropriate for us to receive a briefing on this matter as soon as possible. The National Director of Public Prosecutions has therefore been invited to brief the committee on the matter.”

Committee Chairperson Dr Mathole Motshekga said; “We believe that it would be appropriate for us to receive a briefing on this matter as soon as possible. The National Director of Public Prosecutions (NDPP) has therefore been invited to brief the Committee on the matter.”

Abrahams‚ after intense pressure from opposition parties and rights groups‚ dropped the charges against Gordhan and two former executives of the South African Revenue Service (SARS) on Monday‚ two days before the matter was to be heard in the North Gauteng High Court.

Motshekga said that‚ when said the committee “had previously engaged with Abrahams after charges were instituted”‚ he “had made it clear that the door was still open for individuals to make representations on the merits of the matter”.

Abrahams said on Monday that representation from the SARS officials had partially motivated his decision to withdraw the summonses.

While Abrahams faces a grilling on Friday‚ he also faces a possible suspension.

Attorneys acting for Freedom Under Law and the Helen Suzman Foundation said on Wednesday that they had sent a letter to President Jacob Zuma on Tuesday urging him to suspend National Director of Public Prosecutions Shaun Abrahams.

Zuma was also asked to suspend two other senior members of the National Prosecuting Authority (NPA)‚ Torie Pretorius and Sibongile Mzinyathi‚ pending enquiries into their fitness to hold office.

“This is a power granted to the President by sections 12(6)(a) and 14(3) of the National Prosecuting Authority Act‚” the organisations said in a joint statement.