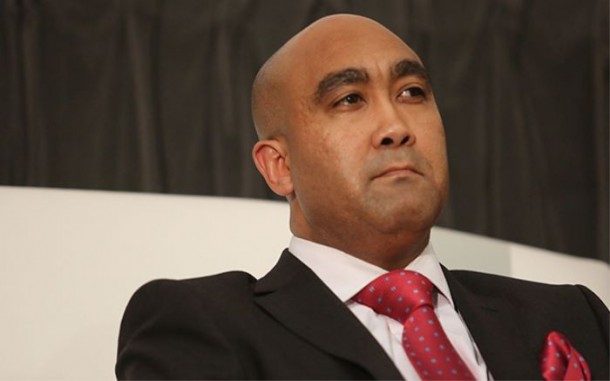 National Director of Public Prosecutions advocate Shaun Abrahams has given finance minister Pravin Gordhan until 5pm on Tuesday to make representations as to why he should not proceed with his prosecution for fraud.

On Monday night‚ Abrahams‚ who only last week said Gordhan would be prosecuted‚ revealed that he would be taking the National Prosecuting Authority’s (NPA) decision on review.

His decision follows representations‚ Abrahams claimed‚ were made to him on Monday by the lawyers of former South African Revenue Services (Sars) employees Ivan Pillay and Oupa Magashula.

Abrahams said Magashula and Pillay’s lawyers made representations “requesting me to invoke Section 179 of the Constitution and Section 22 of the National Prosecuting Act”.

“I have invited minister Gordhan‚ the commissioner of SARS‚ Tom Moyane‚ and the head of Hawks‚ Major-General Berning Ntlemeza‚ to provide me with representations by 5pm tomorrow. They do not have to if they do not choose to.”

He said he would consider all the representations and study the docket.

“Once I have applied my mind I will announce my decision.”

But Pillay’s lawyer‚ advocate Laurance Hodes‚ dismissed the assertions that they had made representations to Abrahams.

“We requested the docket before they summoned Pillay to appear in court‚ but they went ahead and summonsed him without giving us sight of the docket.

“We therefore see no purpose at making representations to them.”

Magashula‚ however‚ confirmed his lawyers had made representations.

“This was for the charges to be dropped.”

Approached for comment‚ Sars commissioner Tom Monyane said he was unaware of the latest developments.

National Treasury spokesman Yolisa Tyantsi referred all questions to Gordhan’s lawyers‚ who were unavailable for comment.

Legal experts with knowledge of both the NPA and Gordhan’s cases said the review is being done to save face.

A source within Gordhan’s camp said Abrahams was under intense preassure.

“The clock is ticking. He has been given until Friday by Freedom Under Law (FUL) to withdraw the charges or face going to court. He is trying to stay one step ahead of their deadline which is why he has given Gordhan 24 hours to respond.”

Another source within Pillay’s camp said the case was not technically sound.

“The entire matter has been done the wrong way round. All the representations should have been obtained before anyone was charged. It makes one wonder if there was the application of the mind before making the decision and whose hands are being played into‚” said the source.

Commenting on the announcement‚ Lawson Naidoo of the Council for the Advancement of the South African Constitution said that the NPA had an internal review process [system].

He said the review could either be done internally or upon an application lodged with the national director of public prosecutions.

“There is a provision within the Constitution that allows an accused to make an application to the national director. However‚ one must look at this case in a context that this is not just another criminal charge. It is a charge against the minister of finance‚ a member of the national executive.”

He said that there needed to be proper consultation within the NPA when such a decision to prosecute or review charges had to be taken.

“One would assume before taking such a decision‚ there would need to be consultation of the highest level within the NPA‚ and that the national director of public prosecution ought to brief the minister of justice‚ who in terms of the constitution has final responsibility. This is not to say the Minister can interferer prosecutorial decision process‚” he said.

“What we do know from speaking to Pillay is that he and his lawyers have not spoken to Abrahams. He has‚ however‚ clearly spoken to someone and this has motivated him to take these steps.”

He confirmed that the FUL had written to Abrahams last week to say that the charges were bad and should be withdrawn and if not they would be forced to approach the courts.

“We would obviously be delighted if we did not have to go to court and the minister’s [Gordhan’s] hands are freed so that he can carry on doing his job.”