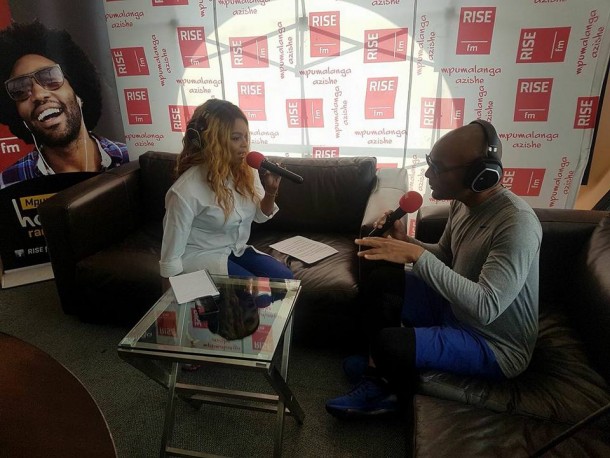 A Station Visit From Kenny Lattimore

As a radio station, we’ve done our fair share of Outside Broadcasts, or “OBs”, in radio-parlance.
That’s where we take broadcast equipment, set it up at an event, or venue other than our normal studio, and broadcast from there.

We did our first In-B, an Outside Broadcast (of sorts) but in our usual studio.

Here’s what happened. Our new station manager, Rio Mabunda Sgalamba, managed to secure an exclusive interview with Kenny Lattimore. Given the general laid-back nature of his music, we thought it wouldn’t be right to do the interview in the traditional studio space, and created a lovely laid-back environment in the studio, where Kede Mkhabela could conduct the interview. Kede and her guest both had cordless microphones and cordless headphones, and casually chatted away while our technical team did what technical teams do – technical stuff.

We had a videographer in there, so expect the video soon.

After the interview, it was time for the photo-opportunity, or, as our generation thinks of it, #SelfieSeason.