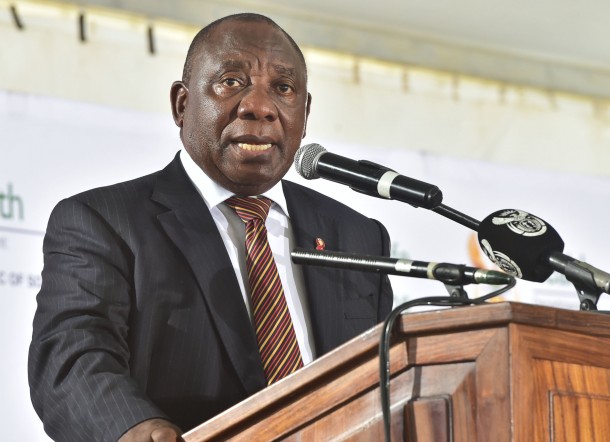 President Cyril Ramaphosa’s cabinet is a mixed bag of new faces‚ old faces in new jobs and ministers who have remained in their positions.

Ramaphosa said his executive was made up of people “from all corners of our country”.

“For the first time in the history of our country‚ half of all Ministers are women. We have also included a significant number of young people‚” he said.

Ramaphosa said his appointment of young people was part of his fulfilment of his commitment to give young people roles of responsibility.

“This is part of a generational transition in which we are creating a pipeline of leaders to take our country further into the future‚” he said.

Here is a list that explains who is in‚ who is out:

The new faces in cabinet:

Patricia de Lille as minister of public works and infrastructure

Ronald Lamola as minister of justice

Barbara Creecy as minister of environment‚forestry and fisheries

Senzo Mchunu as minister of public service and administration

Jackson Mthembu will be minister in the presidency.

Senzo Mchunu is the new minister of public service and administration.

Zweli Mkhize is the minister of health

Naledi Pandor is the minister of international relations and cooperation.

Aaron Motsoaledi is the minister of home affairs.

Thulas Nxesi is the minister of employment and labour

Minister of human settlements and water and sanitation is Lindiwe Sisulu.

Maite Nkoana-Mashabane is the minister in the presidency for woemn‚ youth and persons with disabilities.

– Nkhensani Kubayi-Ngubani is the minister of tourism

Ebrahim Patel stays in the economic cluster as the minister of trade and industry.

Ministers who have remained in their jobs:

Pravin Gordhan will still be in charge of state owned entities as minister of public enterprises.

Angie Motshekga is education minister for the third time.

Gwede Mantashe will continue as mineral resources minister but will have the added task of energy too.

Blade Nzimande is back at higher education‚ science and technology.

Nathi Mthetwa is the minister of arts‚ culture sports and recreation.

Former ministers who are back:

Fikile Mbalula is back‚ this time as transport minister.

Here is the list of people who did not return: