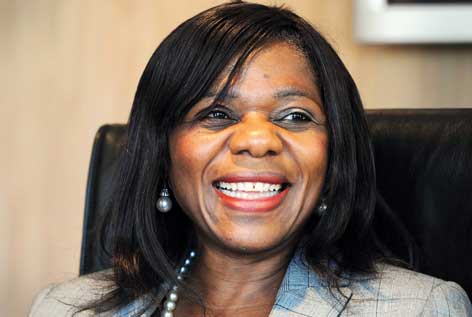 The parliamentary ad hoc committee established to nominate a person to be appointed as the new Public Protector said it had received 72 applications and nominations for the position by Friday afternoon.

That was the deadline for the chance to apply and nominate people to succeed Thuli Madonsela when her seven-year‚ non-renewable term as expires in October.

Chairman of the committee Dr Makhosi Khoza said on Monday she would release the names of the applicants and those who had been nominated at a press conference on Tuesday.

“On Wednesday last week‚ we had 21 nominations‚ but on Friday at 3.30pm‚ we had 72 applications and nominations‚” Khoza said.

She said some of the nominees might fall off the list. She said nominees had been informed that they needed to submit their curriculum vitae‚ which would be subject to public scrutiny.

“Just now‚ my staff is busy processing all nominations and tomorrow‚ we will be having a press conference to announce the names. The list will advise of who has been nominated and those who have applied‚” Khoza said.

She said after the names had been announced‚ the committee will also give the public an opportunity to make comments and objections on the nominees and applicants.

“The public needs to disclose their names and the reason for their objections. We are not going to entertain objections without the disclosure of a reason‚” Khoza said.